Brexit And Its Potential Impact On Ghana 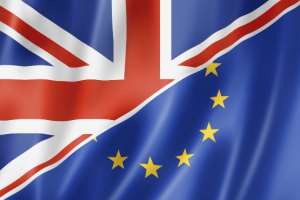 Historical Context
Brexit is simply, British exit or pull out from the European Union (EU). This goes back to June 24, 2016, when the UK voted by 52-48% to leave the EU in a historic referendum. The referendum emanated from the campaign pledge of David Cameron, the then Prime Minister of Britain, to the electorate that he would initiate a national referendum to determine whether Britain still wanted to be in the EU or leave, if he won the 2016 general elections. Cameron’s pledge was indeed made on the back of the long held view of many in the UK that they spend much more as contributions to the EU than they receive as benefits from being part of the EU. For the leave campaigners issues with 'immigration' and 'sovereignty' also played a major role, whereas the remain campaign focused on the economic impacts of leaving the EU.

The result of the referendum cost David Cameron, a strong proponent of Britain’s continued membership in the EU, the prime ministership. His resignation paved the way for Theresa May (the then Home Secretary (i.e. Interior Minister) to become the new Prime Minister. She quickly announced she would deliver Brexit.

Subsequently Prime Minister Theresa May on March 29, 2017 triggered the Lisbon Treaty's Article 50, the mechanism by which a member state leaves the bloc. This act marked a two year-long process of negotiating a deal for leaving the EU by March 29, 2019. However, on three consecutive times, UK lawmakers refused to ratify the Brexit deal that May had nego­tiated with the EU, leading to her resignation. Currently the UK has until 31st October 2019 to negotiate a deal, but can leave before this date should a withdrawal agreement be ratified by the UK and the EU before then. It must also be mentioned that there are, apart from Theresa May’s withdrawal deal, four other Brexit options including a no-deal Brexit, staying in the customs union, staying in the single market, and the so-called Common Market

Potential Impact of Brexit on Ghana
As at today it can be said that Britain has not yet pulled out of the EU and could quit the EU on 31st October 2019. One cannot, therefore, predict with certainty what the effects on developing countries like Ghana could be, particularly, when one is not sure which of the several Brexit options may eventually emerge. That notwithstanding it can be expec­ted that Brexit would alter the global political economy in the short-medium-term and cause potential effects not only in the UK and the EU but also in other parts of the world including Ghana, given the very close economic and political ties with the UK. The repercussions may possibly be felt through the principal channels of trade, foreign direct investment (FDI), offi­cial development assistance, migration, remittances, security co-operation and tourism. While the immediate shock to the Ghana’s economy many exert a negative pressure through these in the short term, the full effect will depend on how the British and Ghana governments steer their respective economies thereafter.

Trade Impact: In 2017 Ghana’s exports to the UK amounted to US$329.47 million after having declined successively from about US$350 Million in 2011. Its imports amounted to US$1.1 Billion during 2017. Brexit is expected to reduce UK’s access to the EU’s single market and would require possible trade renegotiations between the UK and EU. With Brexit, the EPA of Ghana with the EU might not extend easier access to the UK market. This condition can also diminish preferential trade agreements. Consequently Brexit is likely to weaken trade among the UK, EU and Africa as well as Ghana in the medium term, as the UK is forced to negotiate possible long and costly new trade agreements with African countries such as Ghana and its ECOWAS regional body.

There are additional concerns about fears of euro-scepticism in other EU countries which could strain Africa’s and Ghana’s trade with the EU if the bloc’s economy weakens further. However, since exports to the UK represent only about 2% of Ghana’s total exports (and about 6.3% of imports) in 2017, the potential negative trade effects of Brexit may not be very large. But Brexit could cause UK-Ghana trade to suffer further in the short to medium term should the UK economy slump. Ghana can, however, join other African countries to leverage the joint negotiating strength of the newly created African Continental Free Trade Area (CFTA) for more protection of its domestic markets and infant industries.

FDI: According to GIPC the UK ranked as the fifth largest source of FDI in Ghana with a total value of USD87.1 million in 2018. Even though the Brexit vote has not yet caused an absolute decline in UK’s FDI to Ghana, inflows of UK FDI into Ghana have not either increased significantly in the past few years similar to the rapid growth of inflows from other EU countries and China. It is even feared that a possible contraction in the UK econo­my triggered by Brexit would, so the experts say, have a serious negative impact on British investments in Ghana caused by a possible scaling back of British foreign investments to Ghana. It is on the back of this uncertainty that the UK-Ghana Chamber of Commerce has initiated a series of investment summits since 2016 to assuage any possible fears and boost investment climate between the two countries. In a statement released at the end of the first UK-Ghana Investment Summit held in Accra in late 2018, the UK even announced its readi­ness to pump over £1 billion into Ghana’s economy to boost trade and create thousands of jobs through potential investment deals. The summit also culminated in the launching of a UK-Ghana Business Council and UK-Ghana Investment Summit as key strategies to pro­mote a deeper and more strategic economic development partnership between both coun­tries. Even though these initiatives could help limit the impact of Brexit on Ghana, most of the efforts seem, however, to be at the instance of and finance by the British government, instead of the government of Ghana putting in place its own home grown institutional mecha­nisms for driving forward the UK partnership with Ghana, so as to reap the maximum benefits from such negotiations.

Bonds Market: Brexit comes along with uncertainties and these are likely to impact on the bonds market of Ghana depending upon the preference for developed country (such as USA) bonds that are deemed safer. In the aftermath of the vote, however, Ghana saw its borrowing costs rise in the form of bond yields rise. Going forward into the medium term it is expected that Brexit will encourage inves­tors to look elsewhere for yield and therefore reduce the interest rates they will seek in buying Ghana’s bonds.

Migration: The Office for UK National Statistics estimates that the Ghanaian-born population of the UK was 96,000 in 2016. Available first full year of data since the Brexit vote in 2016 shows an overall decrease in the number of people coming to live in the UK, resulting in a fall in net migration of 106,000. Since immigration was a major issue for the vote it is likely that Brexit pressure could be brought to bear on politicians to considerably reduce migration or visits of Ghanaians allowed to the UK. This could also affect negatively remittances from and labour exchanges with the UK.

Remittances: Total private inward remittances to Ghana amounted to USD1.97 billion in 2017, with a significant portion equivalent to 21.82% (US$429.5 million) coming from the UK. Brexit is, however, expected to dent the country’s remittance flow as underscored by the recent research conducted by a digital cross-border payment provider, InstaReM. This revealed that 44% of UK migrants are now sending less money ‘home’ as a result of Brexit chaos and a drop in value of sterling. This is due to the fact that the Brexit vote caused a slowdown in the UK’s economy and a reduction in the value of the pound. According to the World Bank the pound shrank by 14.6% and 13.2% against the dollar and euro respectively. This would thus reduce the money that people receive back home. Moreover, the devalua­tion of the pound can also cause migrant workers and non-resident Ghanaians to postpone remittances. The slowdown in the economy could possibly increase unemployment among migrants in the UK and consequently reduce their incomes available for remittances to families of migrants.

Official Development Assistance: In the last 20 years the UK reports to have given over £2 billion in official development assistance to the West African country. Over the past few years, however, the UK Government has reviewed its aid to Ghana in the light of the country’s achievement of lower-middle income status in 2010, causing a decline in UK aid to Ghana. This can be seen in the reduction in funding to DfID, the UK’s main aid provider, from 86% of the overall UK’s aid budget in 2014 to 74% in 2016. This situation can be exacerbated by possible unfavourable Brexit developments. Currently the UK contributes a significant portion (about 15%) of the European Development Fund from which develop­ment aid is disbursed to developing countries. On the one hand Brexit could absolutely reduce available resources for development assistance in the EU. On the other hand a slowdown in the UK economy as a result of Brexit could possibly reduce UK’s GNI in absolute terms and possibly diminish development aid to Ghana. Brexit may also mean that Britain’s trade deals and aid agreements would have to be renegotiated, which could negatively affect development assistance for Africa.

Security Co-operation: The EU has in the past contributed immensely towards ensuring and promoting both Human and National Security of Ghana or the sub-region within the framework of the African Peace and Security Architecture (APSA) and through the African Peace Facility (APF) as well as through the European Development Fund. It has also provided technical and financial support towards addressing human security or diseases such as Tuberculosis, Malaria and HIV, etc. It has also provided technical, training, and equipment support to the country security services. Brexit would possibly lead to financial challenges of the EU and the UK to support initiatives and policies in Ghana towards addressing the security concerns of the country and the sub-region.

Tourism: Brexit could also bring a fall in foreign exchange that could be derived from tourism. This is because, most UK and other European tourists might postpone travel plans or not travel to the Ghana so often for leisure due to the possible adverse effects of Brexit on their domestic economies and on income levels.

From the above it can be deduced that possible direct impacts of Brexit, which can manifest themselves through investment, trade and remittances are likely to be relatively small. Ghana can, however, ameliorate these impacts through redoubled efforts towards regional integration through the implementation of the recently-signed African Continental Free Trade Area. However, through the setting up of appropriate institutional measures and negotiations, Ghana stands to benefit from the creation of new export opportunities in resource-intensive sectors. There are also other indirect consequences, through Brexit's impact on the global economy, its influence on the Economic Partnership Agreements (EPAs) with the European Union, or a potential reduction in UK development cooperation , that should be given more attention over the longer run.

But in order, however, for Ghana to be able to have a proper comprehensive assessment of the potential impact of Brexit to inform government policy the debate should be contextualized on the back of a larger body of deeper scientific research.