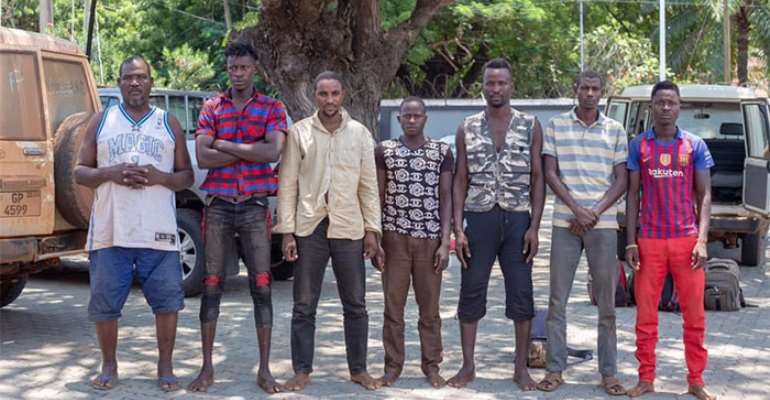 The Eastern Regional Police Command in collaboration Operations Vanguard Team have arrested 13 Nigerians who were allegedly engaged in illegal mining activities in the Atiwa Forest.

They were arrested at Akyem – Sankubenase in the Atiwa West District, Eastern Region, during monitoring operations.

The team managed to seize one water pumping machine, four pickaxes and five shovels from them.

The suspects have since been handed over to the (Inter-Ministerial Committee On Illegal Mining (IMCIM).

They are currently in the custody of Ghana Immigration Service.