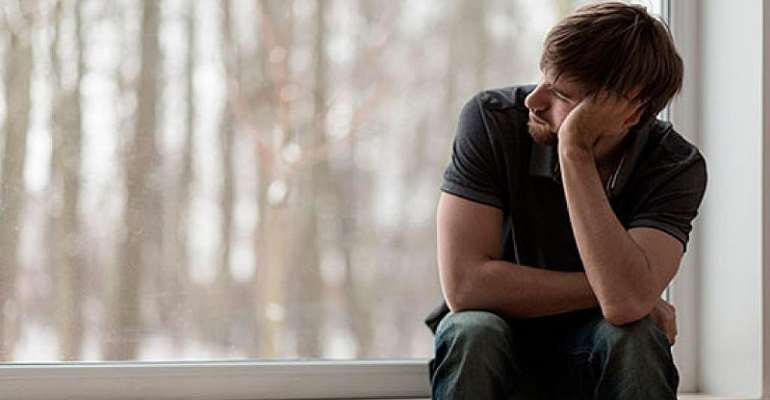 The French national statistics agency has just published its latest report on human isolation. This is the third such survey over the past two decades, and the findings are both sad and surprising.

You might think that mobile phones, the internet and social media would have made loneliness a thing of the past in an advanced country like France. You'd be wrong.

A report from the national statistics agency on human contact says that one French person in every ten suffers from isolation.

And “isolation”, in the terms adopted by the study, means that you are over 16 and have had, at best, no more than one contact with a friend or a family member in the past month. And “contact” includes phone conversations, text messages, even talking to the other person's answering machine.

The French population is currently estimated at just short of 70 million.

The findings therefore suggest that as many as 7 million people are the victims of what the report calls “extreme relational isolation”.

We are, of course, talking statistics. Which means that the reality could be better. Or worse.

The report's authors obviously didn't check with all 70 million of us. They did what statisticians do: took a representative sample of 21,000 people and extrapolated from there. But they've asked the same people the same questions since 2006, twice, so the study has the advantage of giving an idea of how loneliness is evolving.

Situation stable but conditions have changed

The findings are stark. The proportion of lonely people in French society has remained more-or-less stable over the past two decades. The slight decrease in the phenomenon is mainly due to the increasing use of phones to maintain what the researchers perhaps illogically call “distant contact”.

The causes of isolation are also stable, with the poor, the older, the less well-educated and the unemployed accounting for a disproportionate number of those suffering from loneliness. Men are more common than women among the thin ranks of the isolated.

The researchers wonder if a brief chat on the phone is sufficient to break the iron curtain of isolation. What is certain is that those who are deprived of even that distant form of sociability do feel increasingly marginalised, compared to the years before the mobile phone.

And of course, say the researchers, loneliness is purely subjective and is not simply to be measured in terms of a specific number of social interactions.

Isolation is on the rise
According to Djeloul Belbachir, the president of an association which tries to help the lonely, “we are seeing a spread of isolation throughout the population”.

The fault, says Belbachir in Le Figaro, is that our society is composed of individuals who are bombarded from childhood with the message that independence and autonomy are crucial adult characteristics. And of course, they are. Until you get too much of them, when they can become crippling.

One of the most worrying aspects of this research is the background fact that France has consistently been presented as one of the European nations least affected by loneliness, with 12 percent of adults in a 2014 EU study saying they met friends at least once each month. That against a European average of 18 percent.

Which means there are an awful lot of isolated people out there.

We wish them well.

Hottest Photo Reports
Catch up with all the political quotes from our politicians.
Advertise here
More Europe
ModernGhana Links
Bataclan survivor's testimony highlights importance of post-PTSD care
UN biodiversity talks in China end in funding pledges to reduce loss of species
Greece and US expand defence pact as tensions mount between Turkey and Europe
France pays tribute to teacher Samuel Paty on first anniversary of his death
A day of disruption, sadness and rage as Bataclan survivors continue to testify
What's the point of jewels at PSG if the young king Kylian goes to Madrid?
No quick fix for Paris's growing crack cocaine problem
There’s Music in the Kitchen: el Son Cubano
Danilo and Mbappé save PSG's blushes against Angers
TOP STORIES

Perfidious Asiedu Nketiah and Ofosu Ampofo are imposters in ...
53 minutes ago