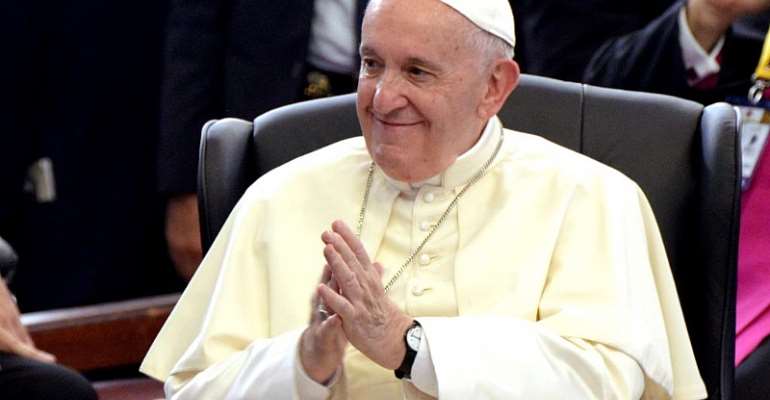 Pope Francis has hailed Mozambique's peace deal, signed last month between the government and former rebels, on his first visit to the country. "Reconciliation is the best path to confront the difficulties and challenges that you face as a nation," he said on Thursday.

The comments followed a meeting at the presidential palace with the Mozambique leader, Filipe Nyusi, and Ossufo Momade, the head of the opposition Renamo party.

The pope described the 1 August accord as a landmark. "We greet it with the hope that it will prove decisive," he added, calling for a future where reconciliation, hope and sustainable development become "weapons of peace."

Thousands of cheering Mozambicans lined the streets of Maputo on Thursday to cheer Francis' motorcade as he moved around the capital. It was evidence of the enthusiastic welcome he has received three decades after St. John Paul II helped inspire Mozambicans to end their civil war with a visit of his own.

The visit to Mozambique comes six months after two cyclones ravaged the country killing more than 600 and affecting hundreds of thousands.

"I would like my first words of closeness and solidarity to be addressed to all those struck by cyclones Idai and Kenneth, whose devastating effects continue to be felt by so many families," he said.

"I want you to know of my own participation in your anguish and suffering, and the commitment of the Catholic community to respond to this most difficult situation."

After leaving Mozambique, the pope will head to Madagascar and Mauritius.