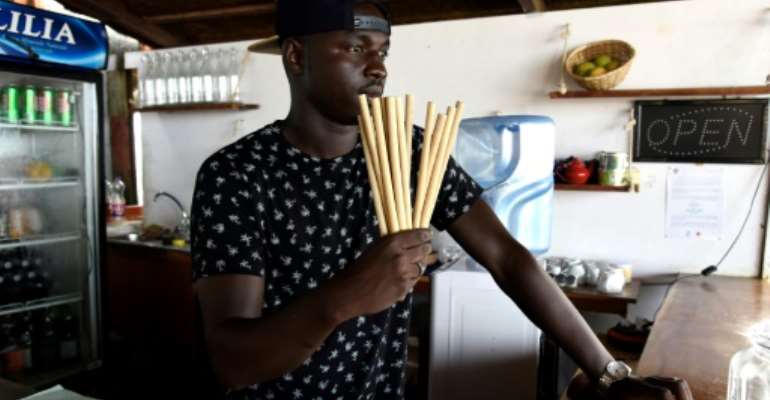 Babacar Thiaw took the initiative of opening Dakar's first "zero plastic" restaurant in a response to the rubbish strewn along the beaches of the Senegalese capital.

His concerns were stirred a decade ago while surfing Atlantic waves on Yoff beach alongside dozens of plastic bottles. "On this beach, you can't put a foot in the water without snagging a plastic bag," he complains. 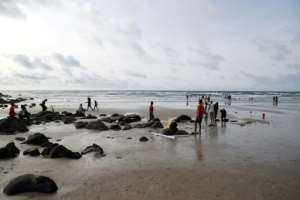 Atlantic view: Yoff beach, where the Copacabana restaurant is located. By SEYLLOU (AFP)

Thiaw studied for a master's degree in management, but felt powerless to act when he saw beaches where he played as a child turned into open waste heaps.

His chance to take on the tide of trash came in 2016, when he took charge of an unpretentious little restaurant his father had opened on Le Virage beach in northern Dakar in the 1970s. 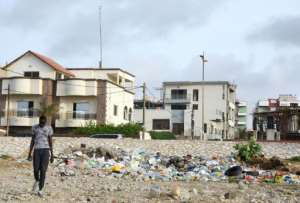 Senegal has magnificent beaches, but plastic rubbish is a chronic problem. By SEYLLOU (AFP)

Today, carafes have replaced single-use plastic bottles and straws are made of bamboo or metal.

White vinegar has pride of place for cleaning instead of chemical products. 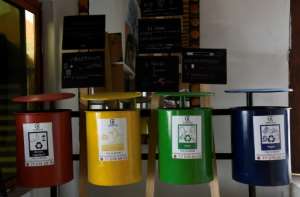 The Copacabana has recycling bins for separating rubbish, but such sights are rare in Senegal. By SEYLLOU (AFP)

President Macky Sall, sworn in for his second term in April, has proposed turning Senegal into a "zero waste" nation.

Untreated effluent goes straight into the ocean and plastic debris is a chronic problem, often covering shorelines as far as the eye can see.

On Yoff beach, dozens of children play amid the waste floating on the surf.

"The kids don't understand -- they play with the rubbish just like balls," said Mami Ndiaye, a regular customer at the Copacabana. 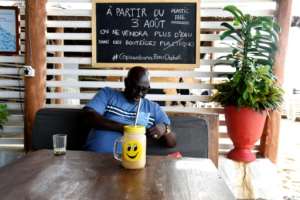 Cool and green: A customer sips his drink through a metal straw. The Copacabana describes itself as the first in Senegal to make the switch to 'zero plastic'. By SEYLLOU (AFP)

Thiaw regularly organises teams to clean up rubbish, but there is not one sorting centre for household waste in all of Senegal.

"When you know that a plastic bottle takes up to 1,000 years to decompose, how can you not use glass bottles?"