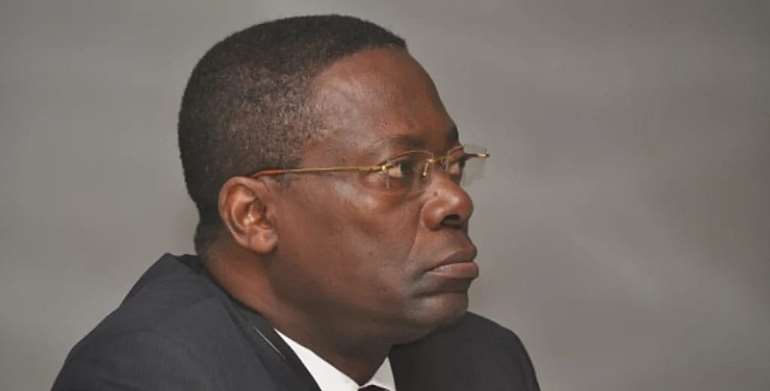 The angry NDC supporters said before the elections on Saturday, August 31, that Dr. Sipa Yankey had muddied his sinking political image by daring to openly campaign for Mieza Alleah-Mea.

This, many of the delegates felt was shocking and indeed undermining following the level of work carried out by the incumbent MP, who served as Minister of Petroleum under President John Dramani Mahama.

Jibril Alhassan, former Communications Officer of the party in Ellembelle did not find this conducive and therefore did not spare Dr. Yankey for stooping so low to undermine Armah Kofi-Buah, known and described by his admirers as the action man in Nzema.

Jibril and other angry members of the party challenged Dr. Yankey to come out and contest any of them in any elections on any day in the area.

"He should even try district assembly elections, and see, he will be humiliated and defeated", Jibril Alhassan had said on West End Radio, a day to the elections.

By 5:30pm on Saturday, while counting of ballot was still underway, supporters of the party hurriedly rushed to mob Emmanuel Armah Kofi when they spotted him entering the elections ground at Kamgbunli Islamic Basic School Park, and started jubilating even before official declaration of results.

"Armah Kofi Buah is the most popular politician in Western Region at the moment, and Sipa Yankey and his ilk must get this right and stop pettiness. The brand developed by Kofi-Buah over the years has grown pass these embarrassing feats, clandestine machinations and pure jealousy", Alex Kofi Gyan, an aggrieved party supporter had said.

At the end of counting, Emmanuel Armah Kofi-Buah secured 993 votes to beat the camp of Sipa Yankey through their candidate Mieza Alleah-Mea who had just 99 votes

Many of the delegates said in an interview after the polls that even in the absence of Armah Kofi Buah, Alleah-Mea will never be given the opportunity to represent the NDC in any elections following the conduct displayed by his camp.

They will rather prefer Kofi Anaman, an astute sports scout who has done so well for the people of Nzema, but decided to shelve his political ambition when he realized that Armah Kofi-Buah was in the race.

Apparently, four candidates had picked nomination forms to contest the elections, but when they got whine of Armah Kofi Buah coming into the race, they all chickened out to allow the candidate run unopposed knowing his pedigree, stature and towering position in Ellembelle.

"He is known popular among his admirers largely the Ghanaian electorates as the most, charismatic, hard working MP in Western Region", another supporter Issah Amadu said.

According to him, the political stature of Kofi-Buah was further confirmed by the recent survey conducted by the political department of University of Ghana Legon which placed him above all other MP's in the region.

Armah Kofi Buah, known as the saviour, man of vision, action man, an enduring charismatic figure, as his admirers often intimate, promised in his victory speech to unite the party in Ellembelle, and retain the seat for NDC.

He jabbed his opponents for heavily relying on elements in Accra to determine the destiny of the party at the grass roots. "Politics is a local business and therefore can not be decided by people in Accra", he cautioned.

The three times legislator called on supporters of the party to take the battle to the governing New Patriotic Party ahead of 2020.

He said the collective effort of all and sundry in the party will make Ellembelle a no go area for the NPP in the 2020 elections.

Mahama becoming President again is one of the greatest calam...
9 minutes ago

What Shatta Wale did was childish and stupid — Nii Ayitey An...
17 minutes ago