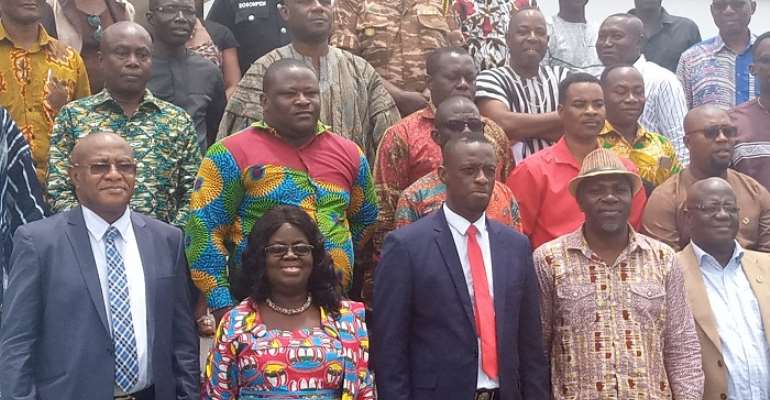 Government is on course to fulfilling its campaign promise of relocating the operational headquarters of the Ghana National Petroleum Corporation (GNPC) to the Western Region.

The government has therefore, acquired some acres of land close to the Ghana Secondary Technical School in Takoradi to commence the construction of offices and ancillary facilities to make them fully operational in the Region.

Relocating the GNPC's headquarters to the Western Region from its current location in Tema was a campaign pledge by the then opposition New Patriotic Party (NPP) in the run-up to the 2016 general elections.

The RCC meeting was attended by the Metropolitan, Municipal and District Chief Executives (MMDAs) as well as Heads of Decentralized Departments in the region.

He indicated that the Chief Executive Officer (CEO) of GNPC Dr Kofi Sarpong had dully been informed about the move and he (CEO) had even visited the site near the Ghana Secondary Technical School (GSTS).

The Regional Minister stressed that he would use all within his power to facilitate the siting of the operations headquarters of GNPC in the region.

He also said that he would spearhead the construction of the Takoradi International Airport at Kejebil in the region to provide direct link with the West African sub-regional and global markets.

He said at the meeting that his outfit would pursue the upgrade of Effia Nkwanta Hospital in Sekondi to a Teaching Hospital by 2025.

He noted that an investment centre had been opened at the Regional Coordinating Council to provide a one-stop-shop facilitation for investment and tourism promotion in the region.

The Regional Minister pointed out that his outfit would also provide an efficient passport acquisition and business facility in Sekondi.

He told the meeting that the current government, despite the challenges it inherited, was tackling deficits in infrastructure, roads, railways, sea and airports among others.

He then charged traditional authorities and the assemblies to leverage the business communities in their areas of jurisdiction to leave behind legacy projects that could transform the people.

He charged the MMDAs to take corporate social responsible agreements with business entities to a higher level rather than the small amenities the assemblies themselves could provide.