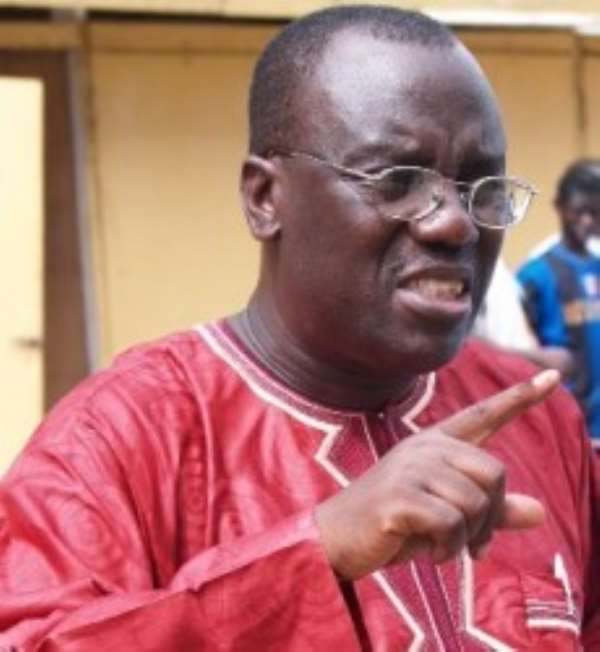 The Forestry Commission says ever since the ban on the export of rosewood came into effect in March this year, it has seized 320 containers of rosewood nationwide.

In addition, the commission had also imposed fines totalling a little over GH¢2.5 million on owners of the timber products and the funds used in buying 20 Katanka vehicles for the commission.

The Chief Executive Officer (CEO) of the Commission, Mr Kwadwo Owusu Afriyie, made the revelation at a press conference in Accra on Wednesday, September 4.

He said as part of measures to curtail the trade, the commission had now decided to among other things, burn all seized rosewood in order to deter people from engaging in cutting down the tree since all other measures had failed.

He said the commission’s Rapid Response Unit had currently been deployed to all rosewood endemic zones to ensure strict compliance with the ban and arrest of all defaulters for prosecution.

Commission not complicit
Addressing allegations of collusion between staff of the commission and illegal rosewood exporters contained in a recent report by the Environmental Investigation Agency (EIA), Mr Owusu Afriyie said there was no evidence to prove that the commission’s staff were involved in any illegal activities.

“We are not complicit or look on for the trees to be cut. We have been protecting the forest at the peril of our lives,” he said.

Speaking to allegations by the National Democratic Congress Member of Parliament for Builsa South, Dr Clement Apaak, that some staff of the commission were involved in the illegal trade, Mr Owusu Afriyie maintained that rosewood outside forest reserves were not under the control of the commission hence it was difficult to protect them and this compelled the commission, in the past, to issue salvage permits.

Six million trees
According to the EIA report, since the first ban on harvesting of the endangered rosewood was announced in 2012, more than 540,000 tonnes of rosewood — the equivalent of 23,478 twenty-foot containers or approximately six million trees — had been illegally harvested and exported to China.

However, Mr Owusu Afriyie dismissed the allegation and described it as ‘bogus and speculative.’

He said verifiable records showed that a little over 257,000 trees had been exported during the period.

He wondered how six million rosewood trees could have been exported when the country’s forest cover was not even close to six million hectares.

Not responsible
The Forestry Commission CEO discredited the report insisting that at the peak of the exportation of rosewood, between 2012 and 2016, the New Patriotic Party administration was not in office and hence could not be blamed for increased levels in the trade.

“It is during our time from 2017 that harvesting of the tree is coming down. The Forestry Commission must be commended that the harvest and exploitation of rosewood is coming down,” he said.