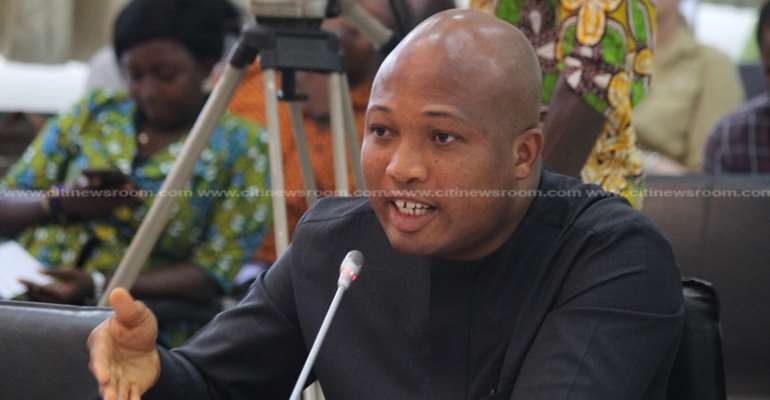 The Member of Parliament for the North Tongu constituency, Samuel Okudzeto Ablakwa says he does not in anyway owe the Metro Mass Transit Limited as being speculated.

“To the best of my knowledge, I have redeemed all obligations to the Metro Mass Transit Ltd,” he wrote on his Facebook wall on Wednesday.

A section of the media had published reports of Ablakwa and other six NDC MPs’ alleged indebtedness to the Metro Mass Transit Limited.

The publications accused Samuel Okudzeto Ablakwa, A. B. A. Fuseini, Mahama Ayariga, Amidu Suleman, Alhaji Tanko, Cletus Avoka, and Ras Mubarak of owing MMT close to 1.5 million Ghana Cedis in debts accrued from the hiring of buses prior to the 2016 general elections.

The media reports say a letter has subsequently been written to the Speaker of Parliament by the Managing Director of the MMT, Albert Adu-Boahen, in respect of the seven MPs.

But Ablakwa described the allegations as a move to tarnish his image.

Mr. Ablakwa told Citi News that his legal team will reach out to the management of MMT to get to the root of the issue.

“At this point my lawyers are writing to them [MMT], attaching to the documentation which we have, their own invoices and the release which we received as far back as June 2017. It is clear that this was calculated to defame me, to lower my image before right-thinking Ghanaians. It is very clear.”