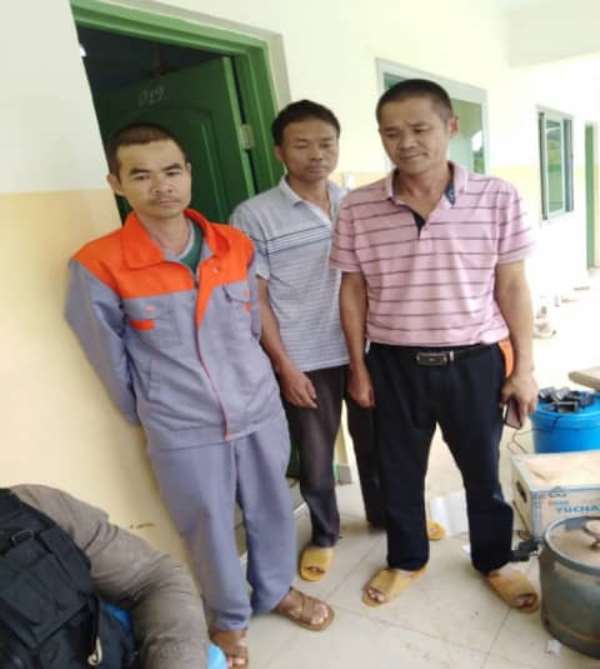 The Inter-Ministerial Committee on Illegal Mining (IMCIM) monitoring and evaluation team has arrested three Chinese and a Ghanaian during their routine mobile patrols in the Central and Western Region.

The Chinese Nationals were arrested alongside one XCMG excavator with Chasis number XUG0235ACGKA00378 and also two pump action guns from a search conducted in their hideout in a community called Abrokyire Krobo in Western Region.

In addition, one Toyota Land Cruiser with registration number GT 4706-09 as well as a generator was seized in the general area of Tarkwa in a community called Wassa Simpong.

In addition to that, a cash amount of Sixty Thousand Ghana Cedis (GH₵60,000.00) was offered by the Chinese Nationals through one Mr. Appiah Peter who is currently in custody of the Obuasi Central Police Command including the three Chinese.

According to the Head of the monitoring team, Staff Sgt Francis Assibi Abu, the Chinese Nationals will be transferred to Accra for further investigations.

He further stressed that the IMCIM monitoring team still remains very focused in their fight against illegal mining as they intend to totally uproot the canker in the mining sector.

He, therefore, appealed to Ghanaians to continue to provide the needed information to help weed out such illegal activities in the Country.