Basket fall: Asia and Africa out of World Cup at first hurdle 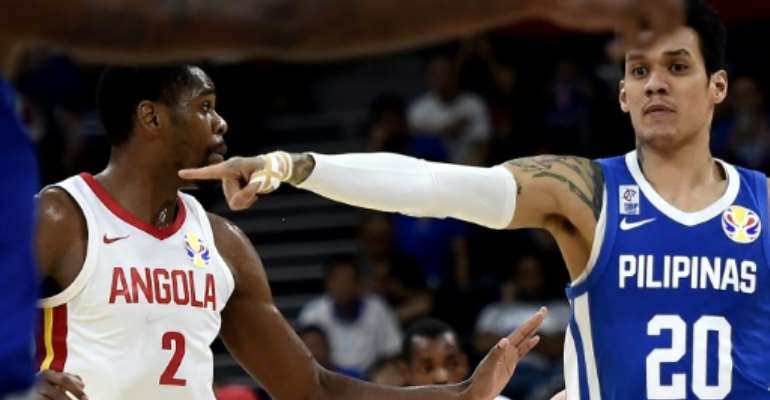 It is the largest basketball World Cup ever but there will be no teams from Asia or Africa in the second round of the sport's global showpiece. By Ye Aung Thu (AFP)

It is the largest basketball World Cup ever but there will be no teams from Asia or Africa in the second round of the sport's global showpiece.

Hosts China with their 1.4 billion population crashed out of contention on Wednesday with a 72-59 defeat to Venezuela.

That came hours after Tunisia surrendered a spot in the next round, and a guaranteed place at the Tokyo 2020 Olympics, with an agonising 67-64 loss to Puerto Rico.

Nigeria thrashed South Korea 108-66 at the same time, but the fate of Africa's highest-ranked team already been sealed after losing both their opening games.

The last time there was no team from Asia or Africa in the second round was in 1998, when the championship had only 16 teams.

Now it has a record 32 but it is almost exclusively teams from the Americas, led by reigning champions the United States, and Europe who will compete for the medals.

Outside of those only Australia, nominally Asian in the FIBA rankings are concerned, have also reached the second round and they could be joined by New Zealand if they beat Greece on Thursday.

Paolo Povia, coach of the Ivory Coast, said there were "a lot of factors" why African sides had failed to make their mark in China.

"There's definitely a difference in experience and knowledge of the game," said Povia after his team lost 80-63 to Poland on Wednesday, their third defeat in three games.

"The development of the game (in Africa) is a little inconsistent. In our team we have some guys who have learned to play the game in different places all over the world.

"So you don't get the same continuity all the time in how the game is learned."

Basketball is hugely popular in the Philippines but the national team -- the joint-shortest at the competition -- have lost all three of their matches.

They were drubbed 108-62 and 126-67 by Italy and title-contenders Serbia respectively before narrowly succumbing to already eliminated Angola on Wednesday.

Serbia's plain-speaking coach Sasha Djordjevic said that the Philippines' lack of physicality and athleticism "might be the problem".

"Obviously you are missing quality," he told a reporter from the Philippines.

After easy wins over the Philippines and Angola, Djordjevic also questioned the format of the enlarged World Cup, containing eight groups of four countries in the first phase.

"There are some groups that from the start you practically know which two teams are going to advance," he said, shaking his head.

"I don't know if that's a good thing for the World Cup in general because what does it serve us?

"What does it serve the Philippine team losing by this points difference?" he said, of Serbia's 59-point win.

Ousted teams such as the Philippines need to rally themselves, because they now face a low-key "classification" round with Olympic qualifying in play.