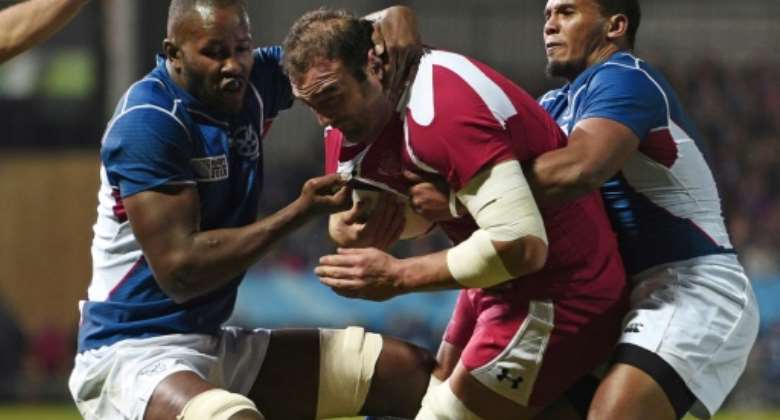 Rank outsiders Namibia hope Welsh coaches can help them end a 19-match losing streak since debuting in the Rugby World Cup 20 years ago.

Former Wales forward Phil Davies has been in charge of a team known as the Welwitschias -- a sturdy desert plant -- since just before the last World Cup in 2015.

Under him, Namibia came closest to ending the five-tournament horror run, losing by just one point to Georgia in England.

He has since hired compatriots Mark Jones (backs) and Dale McIntosh (forwards) as assistant coaches and another Welshman, Wayne Proctor, is responsible for strength and conditioning.

"This is not a case of jobs for the 'boyos'," Davies stressed. "They are used to working with full-time and part-time professionals and that is what we have in the Namibian squad."

Damage control exercises loom against Italy, defending champions New Zealand and South Africa in Pool B, so Namibia are pinning hopes of a historic triumph on the final match against Canada.

Although the Canadians gave the Namibians a 61-point hiding in a previous World Cup, they were ranked 21st as of September 2, only two places above the Africans.

Scrum-half Eugene Jantjies is set to play at a fourth consecutive World Cup and says the Welwitschias' aim continues to be finding a winning formula.

"This is the best squad we have had for many years and after coming so close to winning four years ago, I believe we can create history in Japan," he said.