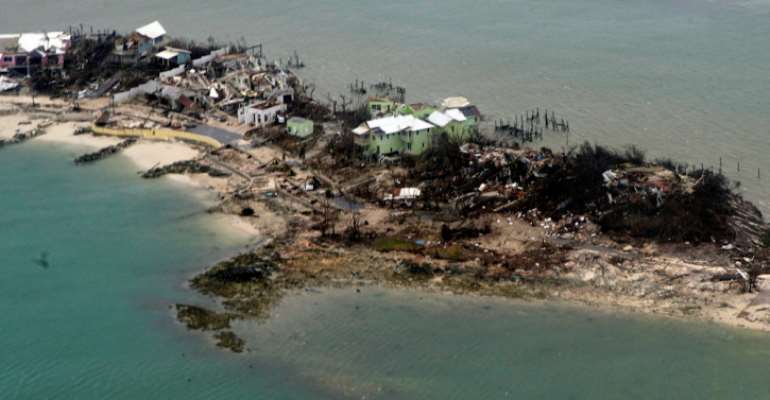 Several churches, aid groups and private individuals across the U.S. are now coming together to help the Bahamas recover from the devastation of Hurricane Dorian.

The Deputy Prime Minister Peter Turnquest said will require “hundreds of millions, if not billions” to rebuild.

“We have had catastrophic damage to both the public and private infrastructure that will take hundreds of millions, if not billions, to fund recovery and reconstruction,” Turnquest said, according to The Guardian.

“With approximately 70% of the homes underwater, we anticipate tremendous social and economic dislocation and disruption in the short term. The mental health of those who have endured this monster storm is a priority concern of the government.”

Hurricane Dorian walloped the Bahamas for more than two days after making landfall as a Category 5 storm. It finally moved north on Tuesday night and is now lashing coastal parts of the Southeast.

Jens Laerke from the U.N. Office for the Coordination of Humanitarian Affairs also confirmed in a press briefing Tuesday that initial estimates from Grand Bahama and the Abaco Islands where Dorian made landfall were “rather catastrophic.”

“As we heard, it made landfall in the Abaco Islands; the population there is a little more than 17,000 people, we are concerned for all of them. It is now over the Grand Bahama, the population there is about 51,000 people and we are concerned for every one of them. The Prime Minister of the Bahamas has said already that five individuals have been confirmed killed as a result of this hurricane,” Laerke said.

Pastor Ted Traylor of Olive Baptist Church in Pensacola, Florida, which is part of a larger network of Baptist churches that help with hurricane recovery and donations, told ABC 3 WEARTV that volunteers were on standby to help with relief efforts in the Bahamas.

"We network our churches together whenever the need comes up and then we are there with feeding units, cutting trees, mud out houses whatever the need is," Traylor said.

He explained that he’s been talking with other church groups in South Florida with connections to the island. They planned to wait until the storm passes before sending out any volunteers.

The World Food Programme estimates that Abaco will require food for more than 14,000 people and Grand Bahama for more than 47,000.

Members of Christ Episcopal Church, a 118-year-old church founded by Bahamians who left their island homes to become contract workers in Coconut Grove, told the Miami Herald that they will do everything they can to help the Bahamas recover. They have joined forces with the 123-year-old Greater St. Paul A.M.E. Church, also founded by Bahamians, to help deliver supplies to victims by seaplane.

“People have lost everything,” Jonathan Archer, rector at Christ Episcopal, said. “We were spared, thankfully. Why not send our hurricane supplies to those who truly need them?”

At the nearby Greater St. Paul A.M.E., which was also founded by Bahamians, the Rev. Nathaniel Robinson III said he was pleased with the outpouring of support from the congregation for the Bahamas.

“Hurricanes have made people more empathetic,” Robinson told the publication. “Irma hit hard. Then Maria, Michael. People understand what these more powerful hurricanes can do and they want to help. After Irma, other A.M.E. churches sent money and materials to us when we were hurting. Now it’s our turn.”

On Tuesday, dozens of students from the Bahamas at Texas Southern University also gathered to pray for their families stuck in the devastation.

“We know God is in control. No matter what has happened. He was in control before. He’ll be in control after,” said Lynden Rose, a former captain of Phi Slama Jama at the University of Houston who also joined them for prayer.

Rose, who is now Honorary Consul for the Bahamas, said the need for prayer is great but there is also a tremendous need for disaster relief.

“Generators. That’s the number one issue. Generators because our power grid is down. There’s no communication,” Rose said.