France, UK, US and Iran may be complicit in Yemen war crimes: UN 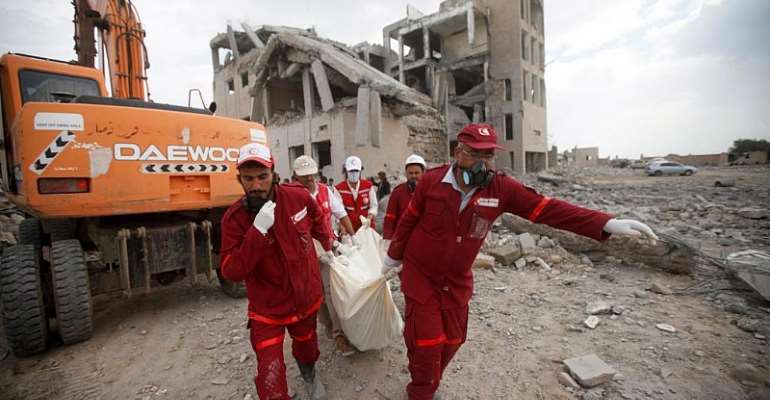 France, Britain, the United States and Iran may be complicit in war crimes by arming the parties to the conflict in Yemen, United Nations investigators have said in a report published Tuesday. The panel called for arms transfers to stop and for an expanded mandate to investigate abuses.

The UN investigators named the four countries as examples of states who sell weapons to the different players in Yemen's brutal five-year civil war, be it Houthi rebels backed by Tehran on one side, or government forces backed by Saudi Arabia and the United Arab Emirates on the other.

Investigators said the four were cited not to lay blame but to underline the wide-reaching responsibility for the human cost of the conflict, which has killed thousands, displaced millions and caused what the UN calls the world's worst humanitarian catastrophe.

“What we did see was the appalling civilian casualties being caused by all parties in the conflict,” said Charles Garraway, one of three members of the Group of International and Regional Eminent Experts on Yemen.

“We looked at landmines of the Houthis, we looked at shelling on both sides and in particular at the coalition airstrikes,” he said. “Although the coalition maintain that they take every precaution to limit civilian casualties, the facts on the ground say that that is not happening.

“It is a collective failure of all the parties and all the international community as a whole that [the conflict] is still going on, and we consider that it is the collective responsibility of everybody to bring it to an end.”

Calls for a ban on arms transfers
France, the US and the UK have faced particular criticism for selling weapons to Saudi Arabia that are deployed to the conflict.

Leaked French military documents published last April showed French-built weapons were extensively deployed to the Yemen conflict and underlined the extent to which the Saudi-led coalition relied upon Nato members for arms.

The French government acknowledged it supplied arms to Saudi Arabia, but maintains it has seen no proof that French-made weapons are responsible for civilian casualties.

The UN investigators did not refer to the leaks nor to the French position in its report, but it did call on all states to immediately ban arms transfers to countries involved in the conflict.

The group said such abuses were possible due to a “pervasive lack of accountability” for the warring sides and said it would seek an expanded mandate to gather evidence when the UN Human Rights Council (HRC) reviews its mandate in the coming weeks.

One example of the sort of evidence that could be gathered with an expanded mandate is physical evidence, including debris from landmine blasts, shelling and airstrikes.

Investigators also submitted a confidential list of suspected perpetrators of violations to the HRC.

Bawumia calls for greater unity, cooperation between Muslims...
41 minutes ago