Eye on France: Preparing for parliament 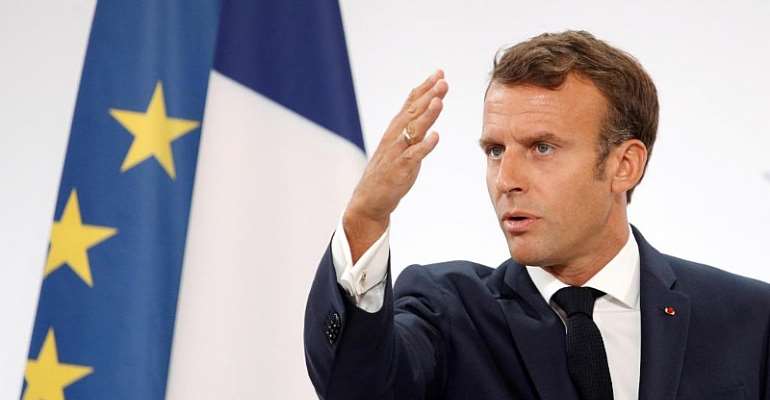 Despite the noise emanating from the Mother of all Parliaments and the high-profile Boris Brexit shenanigans across channel, political life goes on quietly here in France with preparations for a resumption of hostilities.

Earlier today, the 37 ministers, junior ministers and one high commissioner, met President Emmanuel Macron at the Elysée Palace to discuss the main points on the political calendar for the autumn, and also to polish up the whole question of approach and tone.

Humanity is the new keyword, says right-wing Le Figaro. Verticality, or administration from on-high, is history.

Pension reform, the environment and security are likely to have been the main topics on this morning's agenda. The government will also, in all probability, have reviewed its own anti-poverty measures, now a year old, and the progress of plans to shift civil servants out of Paris.

The speculation is imposed by the fact that no official press release is expected. The message is, we're back at our desks, let's get on with it.

The work of the government between now and Christmas is already fairly clear. There'll be the inevitable budget debate, and the consideration of already tabled laws on bioethics, waste and the status of elected representatives. A bill on the whole question of old-age and dependence is due to be presented in the next few weeks.

New packaging, same ingredients
With both the president and prime minister Edouard Philippe recently repeating that “politics is the art of getting things done”, we can expect the new political year to open under the banner of explanation, aided by concertation, with a side order of commiseration.

More and better public relations, in other words. With the big questions being, will different packaging make pension reform, for example, easier to sell? And will those who swapped their yellow vests for their swimming togs at the start of the summer now consider a seasonal change of gear?

The editorial in left-leaning Libération is all about sales talk. The article is headlined “It is urgent to wait”.

The paper reminds us of the wise saying to the effect that “there is no problem so complicated that can't be solved by the absence of a solution”. And of the political adage that governing is not about solving problems but about shutting up those who cause them.

Libé says the new Macron is waiting energetically, eager to see his long-term consultation of the electorate pay off in a smooth passage for his pension reform and in the broad design of a new green ecological future.

Expect lots of meetings with union leaders, local politicians and the woman in the street.

Except, says Libération, the crucial thing about new laws is their impact in the real world, not the strategy used to market them.

And the left-leaning editorial, perhaps unfairly, reminds us of the Macron law which, earlier in this presidency, did away with wealth tax on the basis that the relieved super-rich would invest their little fiscal bonus in small and medium French businesses. They didn't. There's been no change in their investment behaviour. They spent the tax rebate on themselves. Which will take quite a bit of explaining.

Intestinal rumblings
Business paper Les Echos looks at the March 2020 election of the next mayor of Paris, suggesting that here is another source of grief for the ruling party.

The Republic on the Move (LaREM) have already nominated Benjamin Griveaux as their representative in the race for one of the most coveted and crucial jobs in the country.

President Macron is red, white and blue in the face stressing the importance of local representatives in the political hierarchy, so he'll want a strong LaREM figure at the helm in the capital.

Which is all very fine, except that another ruling party stalwart, the mathematical genius and MP Cédric Villani, has announced that he's going to have a shot at getting elected too.

The two are keeping a polite distance for the moment, Villani simply noting that the original nomination procedure which saw Griveaux chosen was a “fraud”.

Les Echos says we are on the verge of public hostilities, the first in the ranks of the presidential party since its inception.

Uncivil war will take quite a bit of explaining too.