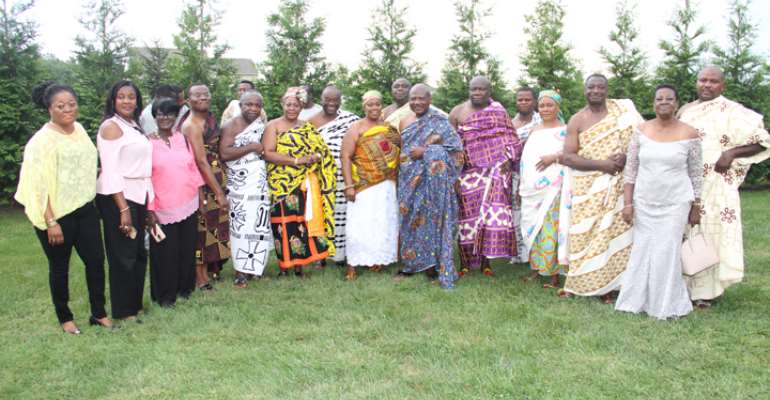 A high powered delegation from the various Asante Associations including Nananom from Washington DC Metro Area and New York in the East Coast of USA paid a courtesy call on Otumfuo Osei Tutu II to officially welcome him to the United States ahead of his international engagements. On Monday September 2, 2019 the delegation met with His Royal Majesty at his Maryland abode in a suburb close to Washington DC.

The Asantehene, Otumfuo Osei Tutu II, arrived in the U.S capital, Washington D.C on Saturday August 31, 2019. He is scheduled to address the African Union on September 9 and also deliver a speech on the Culture of Peace at the United Nations General Assembly’s High-Level Forum on September 13.