The Singularity: Last We Looked, It’s Not Too Late 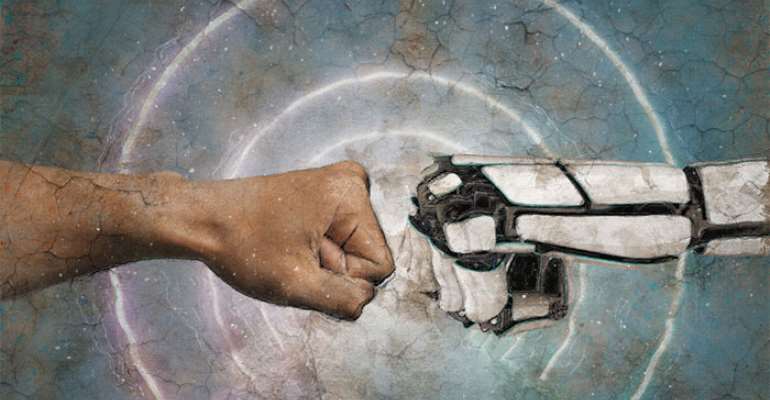 In Aurecon’s latest Just Imagine blog post, Harry Turner, Technical Director - Infrastructure, argues that while the impact of artificial intelligence and superintelligence is still debatable, humans can determine the direction of AI and become its gatekeepers if we believe we have a say in it.

Blog excerpt:
In the ‘not so long ago’, science fiction movies were filled with weird and wonderful (and pretty impossible) scenarios and exciting plot lines. It was thrilling, entertaining, and while the entire humankind was almost always in grave danger, we never believed that it would happen to us because, well… it was fiction, it’s not real…or so we thought. Now today, when the credits roll, we take a little longer to mull over the what if and ponder about the increasingly blurred lines between science fiction and science fact.

The story we’re pondering today is called ‘The Singularity’. It’s essentially the idea that artificial intelligence (AI) will enter a ‘runaway reaction’ of self-improvement cycles – becoming smarter, faster, and causing an intelligence explosion. How superhuman intelligence will impact the human race, however, is still debatable. On the one hand, scientists like Ray Kurzweil say that AI will enhance our humanity , and produce the kinds of necessary step-change solutions to give mankind a boost. On the other hand, sceptics like Elon Musk believe that AI is “far more dangerous than nukes – our greatest existential threat” with the likelihood to bring our species to its knees.

So, which storyline should we believe? Is AI the evil antagonist to “end the human era”, as scientist and science fiction writer Vernor Vinge forewarns? Or will superintelligence be the hero of the story?

For republication purposes, please use the following:

This article was first published Aurecon’s Just Imagine blog . Just Imagine provides a glimpse into the future for curious readers, exploring ideas that are probable, possible and for the imagination. Subscribe here to get access to the latest blog posts as soon as they are published.