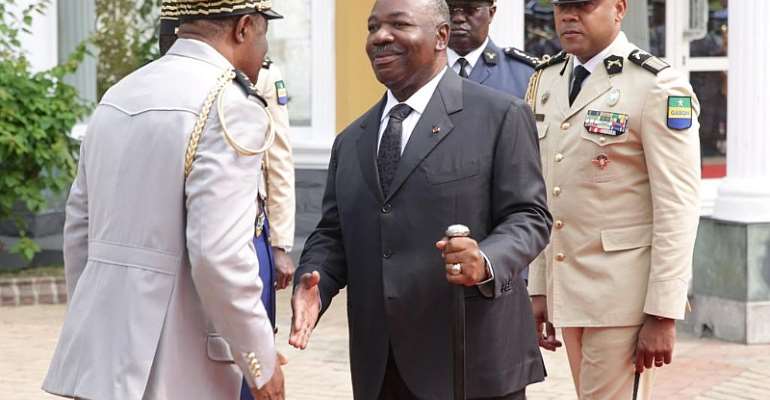 Libreville has denied reports that President Ali Bongo Ondimba, who suffered a stroke last October while visiting Saudi Arabia, was in a London hospital in “worsening condition”.

"At no time has the president's health deteriorated," the statement from the presidency said after his “routine medical trip” to London. "On the contrary ... Mr Ali Bongo Ondimba is on his way to recovering his full physical abilities," the statement continued, adding that Bongo “remains in charge of the country and would return home soon”.

The 60-year-old Gabonese leader has made few appearances and spoken only a few words in public since returning home in March after treatment overseas.

Clumpsy photo stunt
In a move to contain the persisting frenzy on social media about her husband's health, president Bongo's wife Sylvia posted a photograph on Instagram in which her husband appears in casual wear and apparently in high spirits.

But experts see the move as a huge communication error.

“The silence they leave us in, the more people will imagine the worst things”, says Douglas Yates, author of the Rentier State in Africa: Oil Rent Dependency and Neocolonialism in the Republic of Gabon.

Chaperoned appearances
Yates, a political science professor with the American University in Paris, says people in the streets are unlikely to be convinced.

On one extreme, there are people who believe he is paying the price for doing "black magic with witchdoctors from Benin", says Professor Yates.

And on the other side: "The modern scientific-minded, who have watched him struggle with language, believe he is suffering from the after effects of the severe stroke."

“People are wondering if this is the end of the Bongo regime," he says.

Obstruction of justice
Bongo's trip to London comes on the heels of a court battle in Libreville over his fitness to continue holding the office of President of the Republic.

The government finally stopped the country's appeals court from hearing the case filed by an opposition coalition, after suspending the magistrate who declared her jurisdiction's competence to examine the petition.

Bongo's lawyers took to the press on Monday to welcome the court's verdict as a victory, on the onus that a matter concerning a sitting head of state cannot be heard in court of first instance.

Only the final appeals court, where the case is now headed, can rule in their favour.

According to Professor Yates, the request made to the courts (by the opposition coalition), was perfectly legitimate.

But as he explains “it's not going to be possible to use a legal process to end this crisis due to the political manipulation of the checks and balances that are constitutionally in place in Gabon”.

“The constitutional court in Gabon is headed by a woman who you might call Ali Bongo's aunt, or his step mother (i.e. the former lover of his father the late Omar Bongo Ondimba).”

The situation of Bongo's health is not only a matter for the Bongo family, but also for thousands of Gabonese who have a stranglehold on the system and who risk losing everything if Bongo falls from power, says Yates.