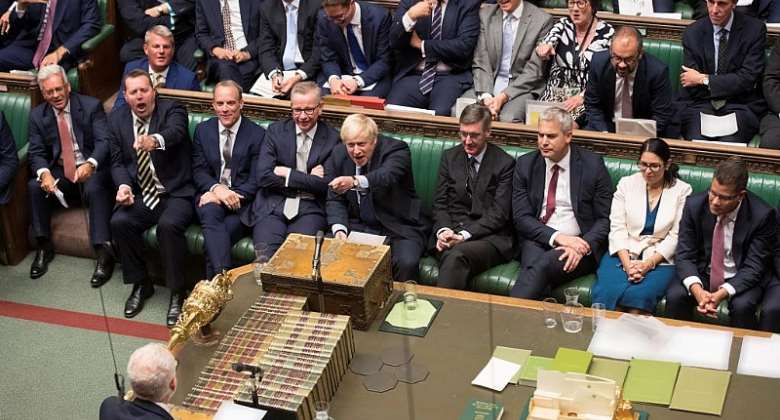 British Prime Minister Boris Johnson is facing a showdown Wednesday with lawmakers from his own party who voted against him to seize control of the Brexit agenda. It clears the way for opponents to introduce a bill that would prevent the UK leaving the European Union without a deal on 31 October.

Johnson's first vote as prime minister dealt him his first defeat, as 21 fellow Conservatives turned against him in a 328 to 301 vote to seize control of parliament.

The vote was on an opposition motion that would temporarily allow parliament to decide on what legislation is put to a vote, a power usually held by the government.

The vote paves the way for another vote on Wednesday on a bill that would force Johnson to seek a Brexit extension until 31 January if no new deal comes out of an EU summit on October 17-18.

The legislation would effectively block a no-deal Brexit. MPs would like to vote in all three required readings by Wednesday evening, before passing it on to the House of Lords for final approval.

If it passes, Johnson has threatened to call a new election, the third in four years.

"I don't want an election but if MPs vote to stop the negotiations and to compel another pointless delay of Brexit, potentially for years, then that will be the only way to resolve this," Johnson said minutes after he lost Tuesday's vote in Parliament.

Under British election law, a parliamentary majority of two-thirds is required to hold an early election meaning that the main opposition Labour Party must support it.

Labour leader Jeremy Corbyn said he will not agree to a new election until legislation preventing a no-deal exit is in place.

The government has put forward 15 October as an election date, should the legislation pass.

Time is running down to the 31 October deadline. Johnson tried to cut that time even shorter last week by getting the Queen's approval to suspend Parliament, thereby shutting down debate.

The move has been challenged in court, and a judge could rule as soon as Wednesday. Two other major legal challenges are pending.

Johnson insists the potential threat of leaving without a deal must remain as a bargaining chip in negotiations with the EU, which insists it won't renegotiate the agreement struck with former Prime Minister Theresa May.

Johnson has told French President Emmanuel Macron and German Chancellor Angela Merkel he could come up with a better alternative to the deadlock over how to ensure there is no hard border between the UK's Northern Ireland and Ireland, an EU member state.