Mandela's Impact On And After South Africa 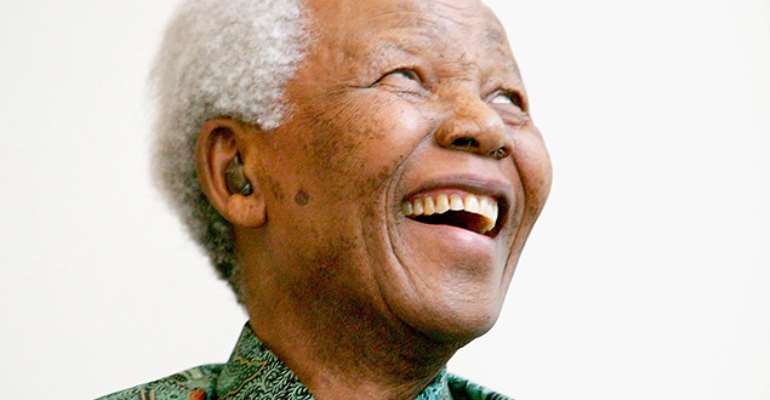 Nelson Mandela was the first black president of South Africa, a mandate of just five years, from 1994 to 1999, but his imprint on the image of the country was very great. What was Mandela’s impact and how did South Africa really changed under his rule?

When he became president of South Africa, Nelson Mandela found a country with enormous disparities in the distribution of wealth and access to services. One of the levers which undermined the legacies of Apartheid was the economy.

In a speech in Cape Town, after the liberation, he stressed the need for “a fundamental change in our political and economic system to ensure that the inequalities of apartheid are overcome.” To solve these problems Madiba has focused on public spending.

Under his presidency, public investments for welfare increased considerably, leading to an increase in the average personal wealth of Africans by 93% in the period 1993-2008.

The fight against inequality was Mandela's workhorse, the reason why he will be remembered. From an economic point of view, his government introduced equality in the allocation of scholarships, disability benefits, and old-age pensions, previously set at different levels for the different racial groups.

In a more purely political field, he established the 'Truth and Reconciliation Commission,' an extraordinary court with the task of collecting the testimonies of the victims of apartheid.

Yet precisely in the terrain where it seems stronger, the results of its long-term policies leave some doubts, questioning its political legacy.

Public investments in the economic field and the end of Apartheid have had another admirable benefit, the increase in schooling. The measure is the gross enrollment rate, which shows the percentage of the school-age population that attends primary school.

During the decade since Mandela was released at the end of his presidency, the Gross Membership Rate increased from 107% in 1990 to 113% in 1999.

One of the main criticisms of Mandela is that it did not intervene effectively against the spread of HIV. In fact, after he left, he admitted that he had underestimated the risks of the virus.

Another negative note in Mandela 's legacy was corruption. However, there is no data to reveal or support that he was a corruptible leader, during his rule. It is therefore not possible to make a comparison before and after his presidency.

On December 5, 2013, Nelson Mandela, the former activist and South African leader, imprisoned for 27 years at the notorious Robben Island prisons, passed away after years of struggling with health issues.

However, analyzing the trends from the first measurement until today, it seems that corruption continues to increase without stopping.

It is obvious that Jacob Zuma is the most corruptible leader ever to rule South Africa. He was forced to resign as president in February 2018 and replaced by his then deputy Cyril Ramaphosa, who promised to tackle corruption in South Africa.

Over two decades ago since the fall of Apartheid, the condition of poor South Africans haven’t improved much. Unemployment and crime have increased significantly and now the frustrated youth pours their anger on foreigners, accusing them of taking over their jobs.