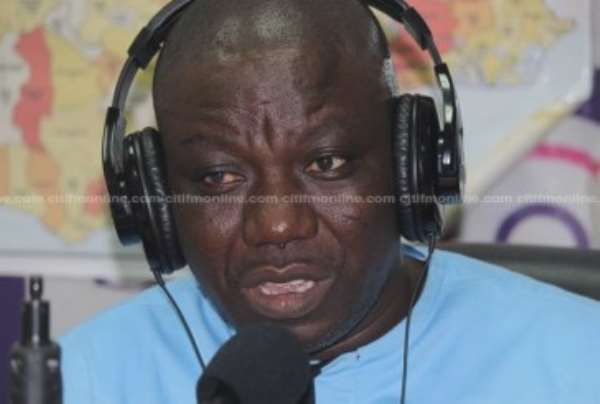 The Minority in Parliament has described as illegal, moves by the NPP ruling government to fund the Ghana Amalgamated Trust (GAT) arrangement for five indigenous banks.

The minority contends that the government is pumping GHC800 million of taxpayers' money into funding the Ghana Amalgamated Trust in clear breach of the law establishing GAT.

The five banks were categorized as well run but undercapitalized banks in the sector clean-up which gave them access to 2 billion cedi in funds to shore up their minimum capital requirement.

Member of Parliament's Finance Committee and MP for Bolgatanga Central, Isaac Adongo insists funds from GAT cannot be disbursed to the banks without the required parliamentary approval.

“We call on the government to halt all activities relating to its funding of GAT as this is illegal and not approved by Parliament. Parliament only knows a guarantee issued for it and not government funds being funded through this entity.”

While addressing the media on Tuesday, Mr. Adongo also described the Bank of Ghana’s clean up of the financial sector as discriminatory and predatory.

“The collapse of the 23 Savings and Loans Companies was a travesty of justice. These Savings and Loans Companies were strong by the end of 2016 and have suffered from acute panic withdrawals and the systemic impact of the banking sector mess created by Bank of Ghana. It was the improper handling of the interconnectedness of these banks to the rest of the financial systems that have resulted in a melt down of the financial sector.”

The GAT which is made up of some private pension funds in the country, has been put in place to support five banks that were unable to meet the GHc400 million capital requirement but were solvent.

The government earlier stressed that the banks in the arrangement must not consider the support they will be receiving as a bailout programme.