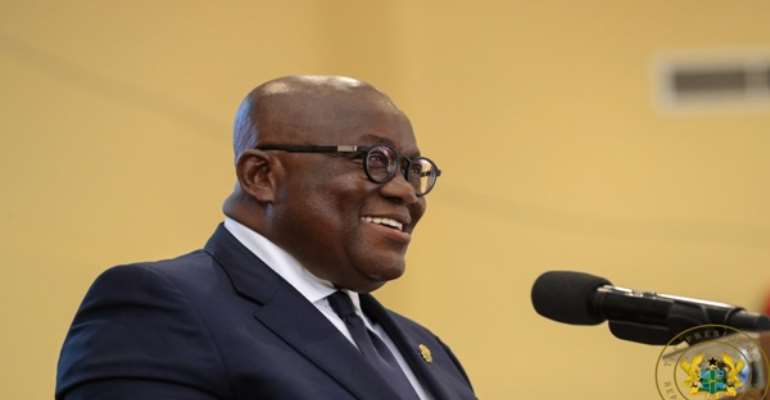 President Akufo Addo has mounted a spirited defense of the creation of the State Interest and Governance Authority (SIGA).

The President says the move is aimed at bringing an end to the numerous losses recorded in the books of state-owned enterprises.

Speaking at the swearing-in of the Board of State Interest and Governance Authority at the Jubilee House last night, President Akufo Addo says the board must work hard to turn the fortunes of the companies around.

“My expectation is that you will help develop a new culture for this new institution, SIGA and not be bound by the culture and practices of institutions which were its predecessors. There is a general agreement that those institutions did not work well in the interest of our country and that is the reason why this new Authority has been brought into being.”

SIGA was set up to replace the State Enterprises Commission (SEC).

The Authority would oversee and administer the state's interests in State-owned Enterprises (SoE), joint venture companies and other entities in which the State has an interest.

The SIGA bill which seeks to address the issues of poor aggregate performance of State Own Enterprises, weak governance structure, low returns to government among others and bring them all under one authority was presented to Parliament on 30th May 2019 and assented by the President of the Republic of Ghana on 7th June, 2019.

The SIGA Act is to ensure that SoEs adhere to good corporate practices to promote the growth of industry and commerce.