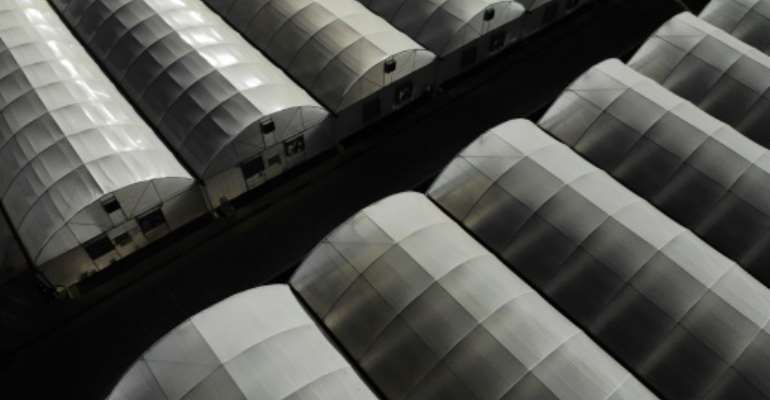 Vast white greenhouses sit high up on the slopes of Lesotho's Marakabei town, hidden from view.

It's not fruit or vegetables, however, growing under the 18 plastic covers, but thousands of cannabis plants.

The cannabis is grown legally by the Lesotho-based company Medigrow and is regulated by the government.

"We have three rows that contain 1,200 plants each. That's 3,600 plants across the whole structure," said Medigrow's head of production Albert Theron, gazing proudly over the crop. 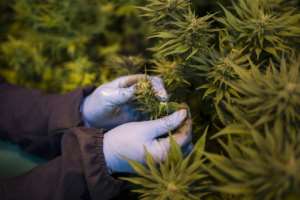 In 2017, Lesotho become the first country in Africa to allow the cultivation of cannabis for medicinal purposes. By GUILLEM SARTORIO (AFP)

In 2017, the tiny landlocked kingdom of 2.1 million people decided to tap into the booming medical marijuana industry, becoming the first country in Africa to allow the cultivation of cannabis for medicinal purposes.

In order to meet legal standards, most traces of tetrahydrocannabinol (THC) -- the main psychoactive constituent responsible for marijuana's intoxicating effects -- are removed from the seeds.

The remaining medical version is primarily made of the non-psychoactive substance, cannabidiol (CBD), and can only be 0.03 percent THC. 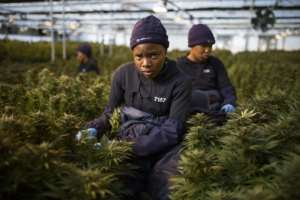 The global market for medical cannabis is currently estimated at $150 billion (135 billion euros) and could reach $272 billion in 2028, according to Barclays Bank. By GUILLEM SARTORIO (AFP)

A heliport is also being built to ensure the cannabis -- commonly referred to as "green gold" -- is shipped safely and swiftly, said head of operations Relebohile Liphoto.

The investment is spurred by the industry's positive outlook.

The global market for medical cannabis is currently estimated at $150 billion (135 billion euros) and could reach $272 billion in 2028, according to Barclays Bank.

Nicknamed "Kingdom in the Sky", Lesotho is the only country in the world whose entire territory sits higher than 1,400 metres (4,620 feet) above sea level.

Deputy health minister Manthabiseng Phohleli told AFP that the legalisation of cannabis presented "a huge opportunity for the country", which boasts 300 days of sunshine per year.

"It attracts investors," she said. "So far we have around 10 businesses operating on the territory." 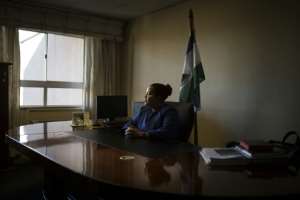 Entirely surrounded by South Africa, Lesotho is also one of the poorest countries in the world, ranking 159 out of 189 in the latest UN Human Development Index.

Unemployment is high, public services are scant and almost a quarter of the population is infected with HIV.

The government charges 30,000 euros for a one-year renewable licence to grow cannabis.

But the cost is too steep for most locals, and the market is dominated by foreign companies, mainly from Canada and the United States.

Mothiba Thamae has been growing apples, peaches and raisins on 7.5 hectares (18.5 acres) of land for over two decades.

He can not afford the "green gold" licence.

"We hoped the government would give small Basotho farmers the opportunity to cultivate (cannabis) legally," said the 38-year old, referring to Lesotho's main ethnic group.

"Unfortunately they did not." 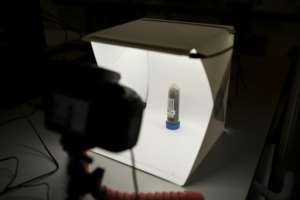 Known as "matekoane" in Lesotho's national language, Sesotho, cannabis has been grown for centuries in rural areas. By GUILLEM SARTORIO (AFP)

Known as "matekoane" in Sesotho, the country's national language, it has been grown for centuries in rural areas.

"The first historical trace of matekoane dates back to the 16th century," said Laurent Laniel, a researcher at the European Monitoring Centre for Drugs and Drug Addiction.

"The Koena (people) are believed to have settled in Lesotho around 1550 by buying land from San groups in exchange for marijuana."

'Cannabis money is a bonus'

To this day, cannabis remains an important source of revenue for many small-scale farmers.

Shasha owns a corn field in the centre of the country, on which he has also been growing cannabis illegally for around 20 years. 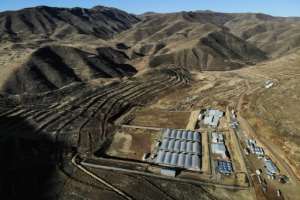 "The vegetables feed my family. Cannabis money is a bonus," said Shasha. "It allows me to survive and pay for my children's education."

He sells his "matekoane" to a network of dealers like Jama, who smuggles up to 80 kilos of cannabis across the border to South Africa each month.

The United Nations Office on Drugs and Crime estimates that 70 percent of marijuana consumed in South Africa is grown in Lesotho, making cannabis the country's third source of revenue.