14 bus passengers killed by road mine in Mali 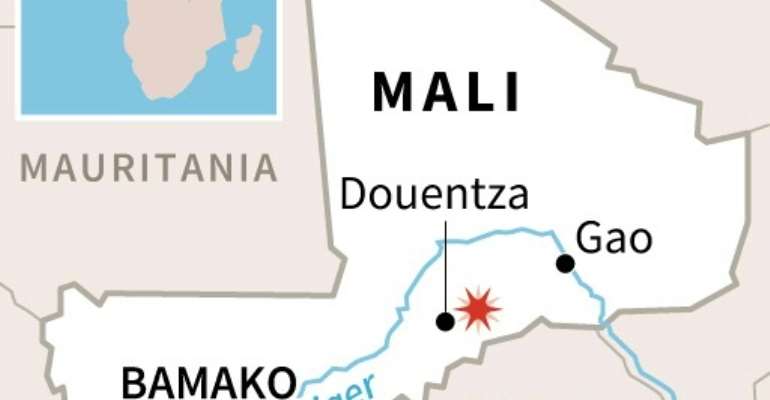 Mali map showing site of the blast. By (AFP)

Fourteen bus passengers were killed Tuesday by a road mine in central Mali, the bus company said, in an attack bearing the hallmarks of jihadists who plague the region.

The vehicle was en route from the central town of Douentza to the northern town of Gao, Oumar Ould Mamoud of the Sonef bus company told AFP.

Police earlier had given a toll of eight dead and 13 injured, and said the blast occurred 30 kilometres (18 miles) from Douentza.

Another police official said "terrorists" had set down the mine.

A Malian military unit by coincidence had been travelling on the same road and was able to provide assistance to the passengers, the source said, and Sonef said it had sent a second bus to pick up them up.

The number of people in the vehicle at the time of the blast was not immediately known.

But much of the region remains chronically unstable and since 2015 violence has spread to the centre of the country, an ethnic mosaic.

Jihadists have carried out dozens of hit-and-run raids and mine attacks, striking troops as well as civilians.

In January 2018, 24 Malian and Burkinabe citizens, including women and children, were killed in a blast in central Mali as they headed to a weekly fair.

The insurgents have also inflamed tensions between rival communities, particularly nomadic Fulani herders and sedentary farmers. Hundreds of lives have been lost in tit-for-tat assaults.