Sudan's PM calls for US to drop 'terror' blacklisting 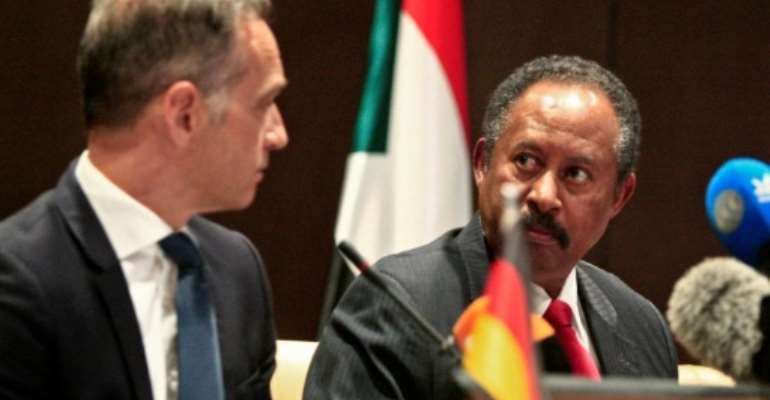 Sudan's new premier Tuesday called for the United States to drop his country from its state sponsors of terrorism list, insisting it was crucial to economic revival.

The United States in late 2017 lifted economic sanctions that it had imposed on Sudan in 1997, but kept the country on its "terror" blacklist along with Iran, North Korea and Syria.

Sudanese officials, including those from the now ousted president Omar al-Bashir's administration, consistently complained that this has hampered economic growth by discouraging foreign investment.

"We believe that the situation is suitable for removing Sudan from the terrorism list," Prime Minister Abdalla Hamdok said at a joint press conference with visiting German Foreign Minister Heiko Maas.

Sudan has been "in negotiations with the Americans and (we) expect there would be progress on removing Sudan from the terrorism list," Hamdok said.

Months of protests triggered Bashir's removal from power by the army in April, before further protests -- this time against the military council that replaced him -- resulted in power sharing with civilians.

Hamdok was selected by the protest umbrella for the position of prime minister, and was duly sworn in late last month -- a development welcomed by the US in a tripartite statement with the UK and Norway.

Hamdok stressed that Sudan's long term economic revival is dependent on building a suitable environment for boosting the manufacturing sector, which in turn is linked to Washington's blacklist.

Maas said integration of Sudan into the global economy was essential.

"I am confident that we will … lay the foundation that gets Sudan the international support that it needs at this important stage," he said.

But implicitly acknowledging that the process may take some time, he said removal from the US blacklist "will depend largely on development and reforms in Sudan over the coming weeks and months".

Sudan is one of the poorest countries in the world -- the United Nations last year ranked it 167th out of 189 in its Human Development Index.

Ejisu: 21-year-old girl murdered with intestines gushed out ...
13 minutes ago