Tunisia gearing up for presidential vote in fractured political landscape 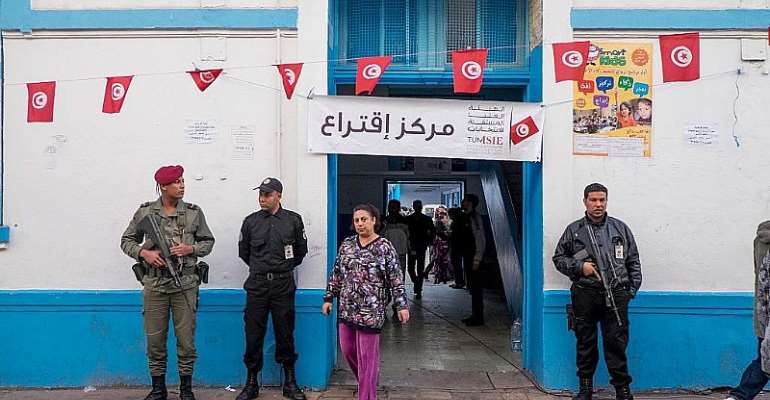 In Tunisia, 26 candidates are vying to replace late President Beji Caid Essebsi at the polls due in two weeks. These elections are markedly different from those of 2014 with fragmented political blocs and uncertainty over the final outcome.

Seven million Tunisians are expected to vote in the September 15 presidential elections which was brought forward from November following Essebsi's death in July.

The upcoming vote is the second time Tunisians will participate in democratic presidential elections since the 2011 overthrow of longtime ruler Zine El Abidine Ben Ali.

Campaigning officially begun in Tunisia on Monday and, as opposed to the 2014 first democratic presidential elections, this round is marked by uncertainty.

“The election this time is much more open and no one for sure can say who will be the winner,” declares political analyst Taoufik Djebali who compares the situation with 2014 where the winner clearly emerged months before elections took place.

A fragmented political landscape
According to the analyst, the centre - or the modernists as they are also referred to in Tunisia - are too divided and he fears that it might adversely affect their chances.

“The left, and the centre especially, are highly fragmented this time. This is the illness of the left and centre in Tunisia,” he adds.

Djebali doesn't think it is the number of candidates that accounts for this state of affair as in 2014, there were 27 candidates.

“However, in 2014, Beji Caid Essebsi was able to lead the pack and move forward as the only candidate of the centre and unite everybody behind him. This is not the case this time,” says Djebali.

Islamist on the list
For the first time, the Islamist Ennahda party fielded a candidate, Abdel Fattah Mourou, interim speaker of Parliament and vice-president of the party.

Djebali fears that an Islamist President will create more division in the country but quickly adds that he seriously doubts Tunisians will elect an Islamist candidate.

For Djebali, Ennahda has “weakened this time” and its candidate, Mourou, “does not even have the support of all the Islamists within the party.”

“People [in Tunisia] have never forgotten his contacts with the radicals coming from the Middle East and Egypt, talking about how to Islamise Tunisia.

“If Mourou wins the elections, that will be a political surprise and a major cause for division in the country,” Djebali says.

Diaspora vote
There are around 1.2 million Tunisians living outside the country and more than 700,000 of them are in France.

Prime minister Youssef Chahed, the candidate of the ruling Nidaa Tounes party, launched his overseas campaign on Saturday 31 August from the French city of Lyon.

“It is more of a symbolic move from Chahed. Every candidate has to promise something to Tunisians from abroad as they contribute much to Tunisia's economy and future. They also have a very important stake in its politics,” comments Djebali.

Like Chahed, many of the Tunisians living in France also have a French nationality. But Djebali doesn't believe that the diaspora will play a defining role in the upcoming elections.

In the event of an unlikely clear majority on September 15,  a second round of voting is to take place in November, after the October parliamentary elections.