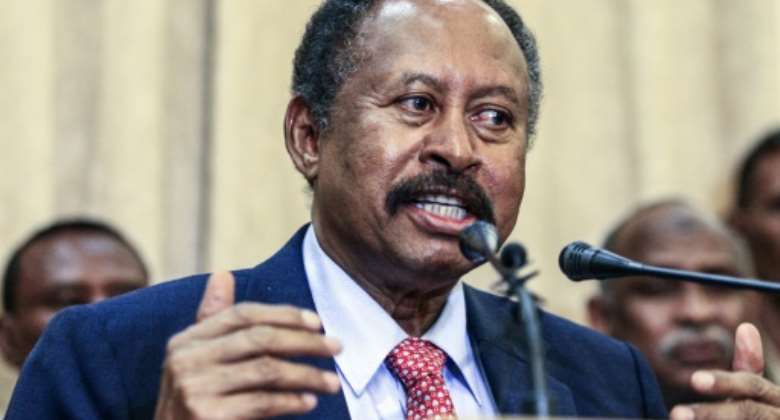 Sudan's new premier will unveil the first cabinet since veteran leader Omar al-Bashir's overthrow within 48 hours, the country's ruling body said Tuesday, after the transition process was hit by delays.

Prime Minister Abdalla Hamdok, a seasoned UN economist who took up the job last month, was supposed to announce a cabinet on Wednesday of last week under a post-Bashir roadmap.

But the announcement was postponed as he mulled the nominees proposed by the umbrella movement which led months-long protests against Bashir and the generals who ousted him in April.

Last Tuesday, Hamdok received a list of candidates including 49 nominees for 14 ministries.

"The cabinet announcement will be made within a maximum of 48 hours," Sudan's sovereign council said in a statement.

The joint civilian-military ruling body held talks with Hamdok on Tuesday about the reasons for the delay.

The premier explained it "is because he wants to form a government that is more representative of states across Sudan," the council said.

The meeting with Hamdok also tackled the issue of forming a commission tasked with peace talks with armed groups.

On August 17, the Forces for Freedom and Change protest movement and the generals officially signed a power-sharing deal outlining their vision for Sudan's three-years transitional period.

It included forging peace with insurgent groups in the country's far-flung regions within six months.

On Saturday, four rebel groups from Darfur said they will be "negotiating with transitional authorities with a unified vision," without elaborating.

In its statement, the council said it will hold further talks with Hamdok on Wednesday.

The postponement of the cabinet announcement was not the first delay in Sudan's transition from decades of authoritarianism.

The line-up of the 11-member sovereign council was held up for two days over differences within the opposition camp, before it was finally revealed on August 21.