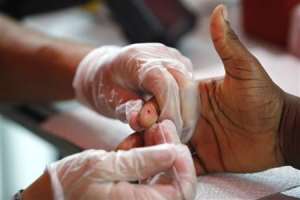 Diagnosing a sickness and doing so accurately sends relief to patients and sometimes their relatives. This is because diagnosing correctly means a problem in most cases has been half solved, and there is hope of getting the right medications and measures to find a cure for an ailment. But imagine the diagnosis of your sickness is not correct!

The mandate of the Council, among other things, is to regulate the standard of services for the practice of allied health professions including medical laboratory scientists whom I'd be focusing on in this piece.

Thankfully, the board was formed, after numerous threats and sit down strikes, to fill the void.

I'm wondering why it took that long for the board to be reconstituted considering how critical it is to the health sector.

For me, just like the financial sector has seen cleaning within the last two years, it's about time same is done to the health sector especially with laboratories across the country for fear of many practising below accepted standards while many others are filled with quack lab scientists.

There ought to be sanity within that space! Two years ago, I filed a report on brain aneurysm (a condition where blood leaks into the brain following a vein rupture).

In that report, a neurosurgeon at the 37 Military Hospital told me how he sometimes doesn't trust the results from some labs especially the public health facilities. He told me how tests run in some of the public and even private labs turned out to be negative whereas the samples of the same patient(s) tested positive when sent to countries like India and South Africa. I was worried because for me, if one couldn't afford further treatment outside the country, it means the patient will live with the disease and only be properly diagnosed after the condition deteriorates.

Also, a medical doctor at the Suhum Government Hospital in an interview on medical emergencies in May last year said:

“I have incidents to doubt certain results from certain places. Some of the private people have their issues but you expect that the public places be better. If these machines are not calibrated regularly or maintained regularly, you can't say you'd be getting standard results. If somebody goes somewhere, has one, two machines, who checks that? And they say go and do this and the person goes there, and brings you a result. The fact that you have numbers that you're looking at doesn't make it what it actually is. So where you're in doubt, you have to crosscheck from elsewhere”.

Now, more nerve-wracking was a biomedical laboratory scientist who in the Association's wake of demanding better equipment and facilities sent me a picture of results of a patient. It had to be done five times because the results differed and they were not satisfied.

HIV test results He said to me in a text, “HIV test repeated 5 times for the same patient with the varying unclear results. Help the professionals have a say in what should be bought and what not to be bought oo, Yoo. No result has been issued.”

Fast forward to June 2019. I find myself at the Korle Bu Teaching hospital for medical checkup. During consultations, the doctor tells me he'd need me to run further tests and was specific as to where he will want me to do it. Well, some doctors are alleged to have stakes in some laboratories while some own them so they end up directing you so they can make more money. But this was a different case. The doctor told me that “I trust their results”.

Well, I ended up there two days later to have my tests done.

It was my first time using their branch at Korle-Bu so they gave me a form for my details which they subsequently entered into their system. After going through the tests to be done, one of the young women sitting at the front desk told me their facility doesn't run a particular test so, I proceeded to join the queue for samples to be taken for the other tests.

Then I walked about two minutes to another laboratory on the same stretch of the Korle Bu road.  I opened the door and to my right were a group of people watching a football match between Nigeria and Guinea (AFCON 2019) in a rather warm environment. I assumed these people were there to run tests as well. I walked to the receptionist on the left side of the building. Her head was on the table. She was having a nap. I enquired if they ran the test I was unable to do at the previous lab and she nodded in the affirmative. She wrote my name and number on a paper and handed me a receipt after I made payment. I walked into the room for my sample to be taken.

My Goodness! I said to myself.  Now the picture began to get clearer for me and I better understood why the Association of Biomedical Laboratory Scientists was calling for a clean-up as my sample was about to be taken. The phlebotomist (a person trained to draw blood from patients) had no gloves on. He proceeded to get cotton wool with his bare hands and rubbed it in alcohol; he was about to use it on me and I insisted the right thing be done before using the syringe. Unlike the first lab where safety precautions were observed for both patient and phlebotomist before using the tourniquet prior to drawing my blood, same could not be said of the second place. And truth be told, I was just uncomfortable with their service and their environment

Clearly, these were two labs that shouldw to be under the supervision of someone. But their operations and standards were different.

The same situation is found in other laboratories along the stretch at Korle-Bu.

My biomedical lab friends have told me how they fear for the lives of the many patients who may not get accurate results because of the lack of supervision.

Many Ghanaians arguably patronize the services of labs without knowing what is in store for them.

I understand that quite recently, the Minister of Health, Kwaku Agyeman Manu at the inauguration of the Allied Health Professional Council (which took close to two years to form) raised alarm over the proliferation of laboratories and pharmacy shops around the two major hospitals in the country (Korle-bu Teaching Hospital and the Komfo Anokye Teaching Hospital). 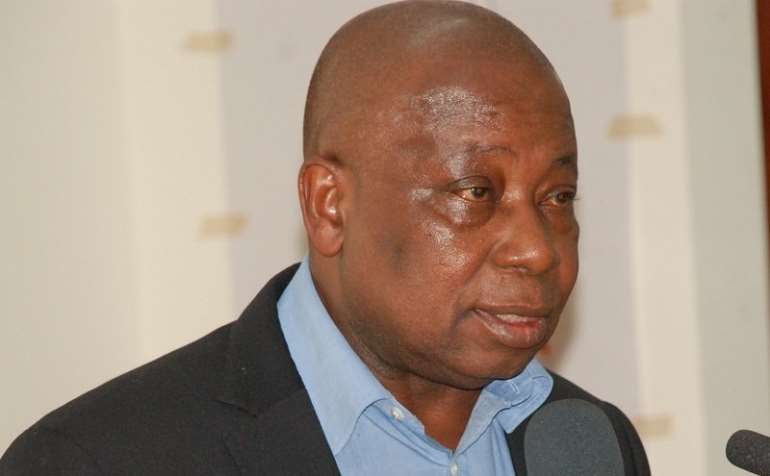 According to him, a major area of concern for the government as an extension is the activities of quack practitioners who have invaded the system.  I'm glad he's aware of the danger posed to the thousands of people in the country and I hope considering how serious the situation is, there will be quick action and no long talk.

For me, while calling for strict supervision to ensure that there is sanity in the labs and the lives of many are not endangered, the government and for that matter, the Health Ministry should show more concern about the public laboratories, especially because they serve majority of Ghanaians. The rural areas do not have the 'luxury' of private laboratories and therefore depend on public facilities. As overemphasized, the health of a nation is its wealth. The Association of Biomedical Laboratory Scientists last year revealed that majority of lab results from especially public health laboratories are not accurate. According to them, over 90 per cent of laboratory processes in public health facilities nationwide are not controlled. By this, they meant there was no quality control. The Public Relations Officer of the Association, Dennis Adu-Gyasi, explained.

“That is the hard truth, but we have come to a point where we think the public ought to know and that government has to take a decision to make sure that we get to an established level that lab results will be trustworthy.”

They also indicated that after a survey of ten regions in 2018, their findings revealed that about thirty percent of medical laboratory scientists were not licensed to practice. With all these concerns raised by the association and with little or no improvement in services a year after most of these calls were made, it's only fair that we demand better as citizens

While the Ministry is worried about the many laboratories springing within the 1 kilometre radius of the two hospitals, I think much more attention should be given to public laboratories too. They need a constant supply of reagents and regular quality control supervision to improve the services we receive on a daily basis.

—- The writer, Zoe Abu-Baidoo, is a Broadcast Journalist with Citi FM/Citi TV.