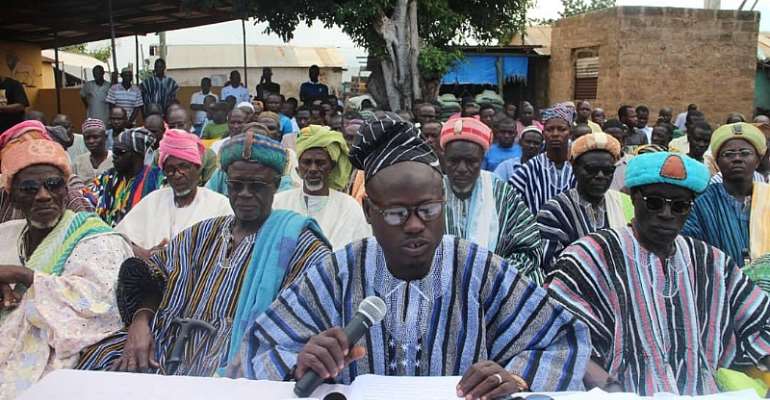 The family of the late Bimbilla-Naa, Andani Dasana Abdulai says it will not be part of the Togbe Sri mediation process.

“The family cannot be part of the mediation process as its scheduled. We appreciate that there is a third party in the mediation but they should observe the due protocol of tradition and consultations should be made properly,” he said.

According to the family, unless the killers of the late Bimbilla Naa who are walking freely in the township are arrested and prosecuted, the family will continue to disassociate itself from the mediation process.

“The mediation process will be incomplete if the funerals of the late Chiefs are not performed and substantive chiefs Enskinned but what we are contesting is that the government has the sole responsibility that in the aftermath of all these; the next king of Bimbilla can walk freely on the street without even a police guard,” he said.

The Dasana family said killers of the late Bimbilla Naa should be punished to serve as a deterrent to others, adding that they cannot honor such invitation without the consent of the Ya Naa, Nayiri and Yagbonwura in accordance to traditions.

They claimed the Vonaa wrote a letter to the Bimbilla regent on the performance of the funeral of his father to pave way for him to ascend to the throne, adding that the statement of the Vonaa amounts to security threat.

The spokesperson of the Dasana family, Tahidu Osman Kikaa, addressing the media in Bimbilla, said the appointment of the sole mediator by the President amounted to an attempt to completely disrespect the Supreme Court’s judgement in favor of the Dasana family.

He indicated that the Nanung issue cannot be resolved, using the Dagbon method, adding that what was lacking and needed attention was the enforcement of the Supreme Court decision.