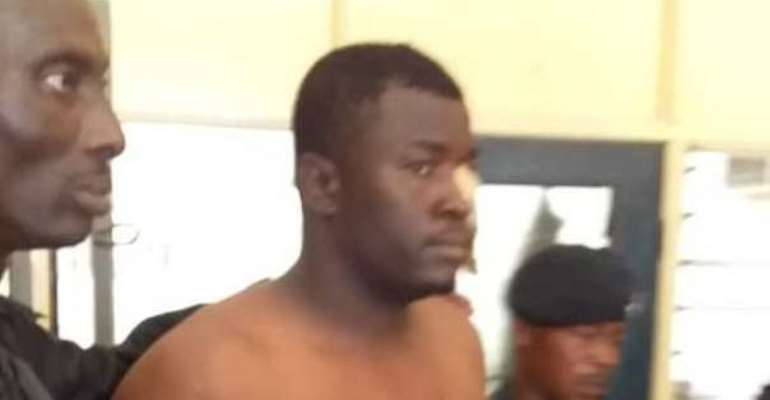 The key suspect in the killing of some two police officers at Gomoa Buduburam, Eric Kojo Duah and six other accomplices have been remanded into police custody today.

The Kaneshie Magistrate Court remanded the seven suspects to enable the police to complete their investigations.

The seven suspects are to reappear before the court on September 26, 2019.

“The Kaneshie District Magistrate Court has today 2nd September, 2019 remanded into Police custody seven suspects in connection with the killing of the two Policemen until 26th September, 2019 to enable Police to conduct further investigations,” the Ghana Police service posted on their Twitter account.

The seven suspects were accompanied to the Kaneshie district court with heavily armed personnel from the Criminal and Investigation Department of the Police Service.

Three of the seven suspects were arrested the same day of the killing, while the key suspect, Eric Kojo Duah was arrested over the weekend at Atimpoku en route the Volta Region.

It is however unclear when the remaining suspects were picked up.

The two police officers were killed last Wednesday when occupants of a Toyota Camry vehicle they signalled to stop opened fire on them along the Kasoa to Budumburam stretch.

The Director-General of Public Affairs at the Ghana Police Service, ACP David Eklu said they will face the full rigors of the law.

“I am sure the three suspects are likely to be arraigned on Monday. I am not sure whether they are going to add the fourth one,” he told Citi News.