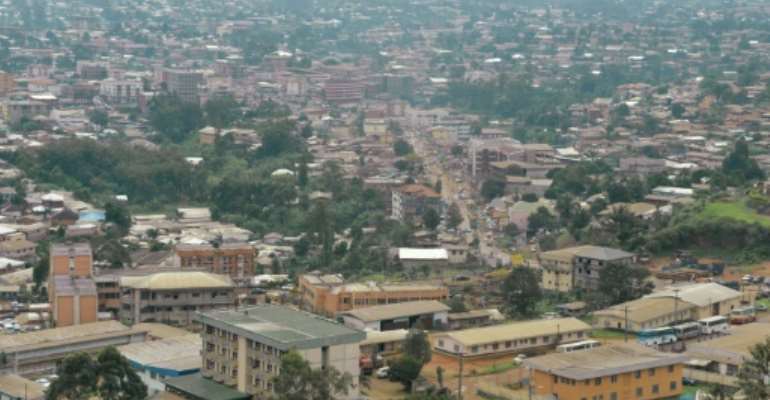 Cameroon's restive anglophone regions were in shutdown on Monday as schools and shops closed in protest at the sentencing of charismatic separatist leader Julius Sisiku Ayuk Tabe to life in prison.

Troops were seen patrolling the streets in flashpoint areas and in Bamenda, the capital of the anglophone Northwest Region, residents reported hearing sporadic shooting and explosions.

Since 2017, Cameroon's army has battled anglophone separatists seeking an independent state in response to perceived discrimination from the country's francophone majority.

The conflict has killed some 2,000 people and driven hundreds of thousands from their homes.

After two years of fighting, schools across English-speaking regions for the most part have remained shut, and the government and civil-society organisations had wanted children to return to school as normal this September.

However, separatist leaders decided to put anglophone towns on shutdown from Monday for a period of two weeks, after a military court last month sentenced Ayuk Tabe, in a ruling many feared would deepen the crisis.

"It seems that most residents in the Northwest and Southwest regions are abiding by the lockdown," James Nunan, the head of the UN's humanitarian affairs office (OCHA) in the two areas, told AFP.

Most schools and shops remained closed in Buea, the capital of the Southwest region, according to a local charity worker who asked to remain anonymous for safety reasons. Other Buea residents confirmed the city was at a standstill.

Flashes of violence were reported in Bamenda.

"Soldiers are occupying the streets and very few people have left their houses," said a regional official who chose to remain anonymous.

Two other Bamenda residents said there had been unrest. "The streets are full of soldiers, no-one is outside, we heard gunshots in the city this morning," said one. Another reported hearing explosions.

AFP was unable to independently confirm the reports.

Separatists have been pursuing the so-called "dead city" protest tactic since 2017, bringing towns to a standstill every Monday.

The regions, formerly a British colony, voted to join French-speaking Cameroon after the end of colonial rule six decades ago.