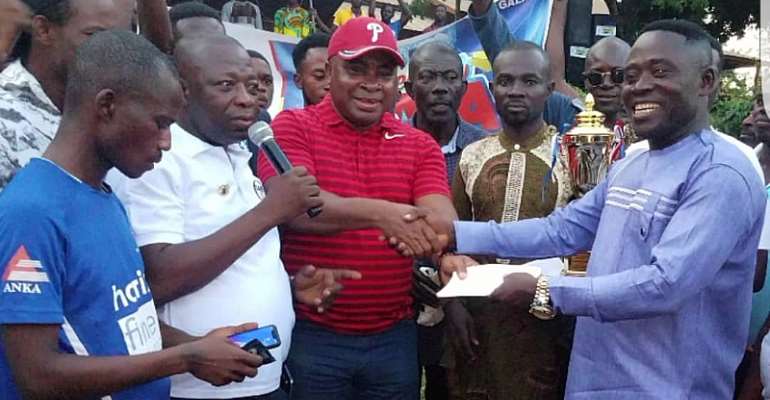 The tournament which took place from August 24 to September 1 saw 36 electoral areas in the constituency compete against each-other from group stages to the finals.

According to the lawyer, the aim of the tournament was to foster peace and unity among constituents in the hitherto politically tensioned towns and villages in the area.

The prize money for the ultimate winner was GhC5, 000.

At the end of the tournament, Anwiankwanta beat Ntinanko by a lone goal to place 3rd and thus won the ¢2000 cedis prize money for the 3rd place.

The final saw a very heated game to win the GhC5, 000 prize money which eventually went to Nampansa after beating Kokoben in a penalty shoot-out. However, Kokoben walked home majestically with a 3000 cedis prize for placing second.

All 8 teams except the first 3 that qualified were given GhC500 consolation prizes in this novelty league and all participating teams of 36 electoral areas were each given a set of jerseys.

He is a native of Asokore in the Bekwai Municipality and a staunch NPP member and philanthropist who is considering the plea of the masses of his constituents to lead them in Parliament in 2020.