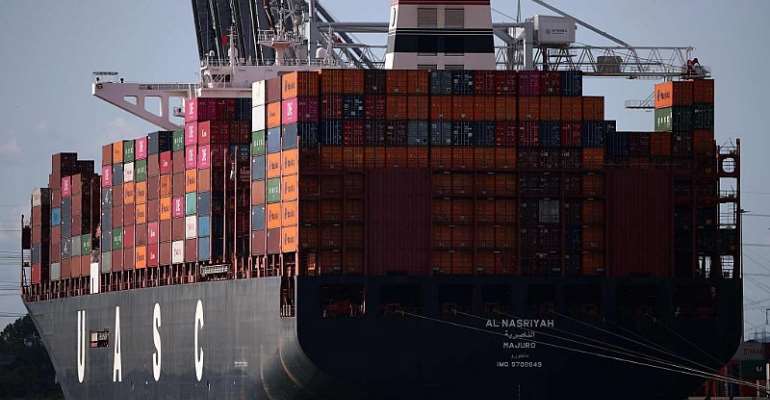 French President Emmanuel Macron has gotten a mixed response from the shipping industry to his calls for a global speed limit to be imposed on commercial vessels.

Macron named “slow steaming” as an environmental priority at the G7 summit, saying it was one of the most effective ways to reduce global greenhouse gas emissions. He's also reportedly looking to create a green shipping lobbying group to drive momentum for the idea.

When France put the idea to the International Maritime Organisation in April, it quickly won the support of more than 100 shipping CEOs – who called for maximum annual average speeds for container ships (the worst polluters), and maximum absolute speeds for other ships.

A question of speed optimisation, not speed limits

However Guy Platten, secretary general of the London-based International Chamber of Shipping, which represents 80 percent of the world's merchant ships, says that while the industry is “absolutely committed” to CO2 reductions, mandatory speed limits are not the most efficient way to go about it.

“Speed reduction can be a slightly blunt instrument … there's no one-size-fits-all,” he explains. “It depends on trade, it depends on the weather conditions and a huge number of other factors.”

Platten is in favour of a more tailored approach to reducing greenhouse gas emissions that would put each ship in charge of completing a voyage in the most energy-efficient way possible. The details would be available to inspectors in the form of a mandatory management plan.

It's a question of speed optimisation; not speed limits, he says. “In other words, the most effective speed that burns the least amount of fuel … Speed optimisation can be very effective along with other measures that include the design of ships, and maybe using alternative types of fuel.”

However France's position is that, in order to meet the climate goals set out in the Paris Agreement, the IMO targets need to go even further – as far as a 70 percent reduction in emissions by 2050.

Furthermore, a June report by the UK-based environmental organisation CDP warned that 18 of the world's largest shipping companies were not on track to meet the IMO's own targets – with only three companies investing in carbon-neutral endeavors.

The report found that while slow steaming could reduce emissions by 30 percent, the measure should only be considered a short-term solution. Events of the past are proof that speed matters: when ships voluntarily slowed down following a drop in trade in the wake of the 2008 financial crisis, the IMO noted a 13 percent drop in emissions.

The IMO is set to discuss the possibility of a speed limit – along with other proposals to cut emissions – at a conference in November.

Innovation must be part of solution
As the industry grapples with the challenge of producing a carbon-neutral ship, it's unclear which propulsion sources will be viable. The IMO has identified ammonia, biofuels, electrofuels, hydrogen and nuclear power as fuels that could contribute to meeting its goals.

Any approach to reducing emission has to allow for innovation and the development of new technologies, says Platten.

“Reducing carbon emissions by 50 percent by 2050 will inevitably mean the introduction of zero-carbon ships around 2030 – and we are absolutely focused as an industry on making that happen.”