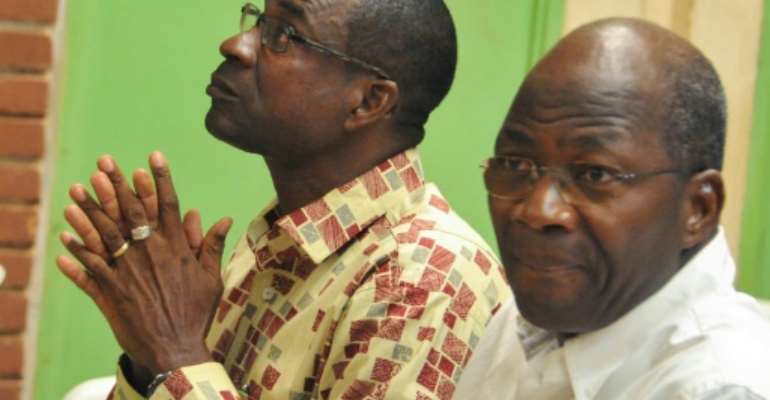 A military court in Burkina Faso on Monday convicted and jailed two generals on charges of masterminding a coup in the fragile Sahel state in 2015.

General Gilbert Diendere was convicted on charges of murder and harming state security and handed a 20-year prison term, while General Djibrill Bassole, accused of treason, was ordered jailed for 10 years.

The coup, carried out by troops loyal to ousted president Blaise Compaore, was thwarted by public protest but at the cost of 14 lives and nearly 300 wounded.

The two generals were the leading figures in a 19-month trial of 84 people accused of the attempted overthrow of Burkina's transitional government.

The coup was mounted by an elite unit of the army, the Presidential Security Regiment (RSP), on September 16 2015, less than a month before scheduled general elections.

It fizzled out within a week after army-backed street protestors attacked the rebels' barracks.

Compaore had fled to Ivory Coast in 2014 after 27 years in office marked by assassinations and mounting public unrest.

He was forced out by a revolt sparked by his attempts to extend his grip on power, and a transitional government took the helm.

Diendere, 60, who had been Compaore's right-hand man and a former head of the RSP, took the head of the putschists' governing body, the so-called National Council for Democracy.

Bassole, 62, was a foreign minister under Compaore.

Both had denied the charges.

But the prosecution, which had sought life sentences, said the pair had been instrumental in events.

Diendere was "the main instigator in the coup" and Bassole "helped to prepare (it)," said military prosecutor Pascaline Zoungrana.

Among 10 rebel troops who arrested members of the transitional government, a sentence of 19 years was handed down against a non-commissioned officer, Eloi Badiel, and 17 years against another NCO, Moussa Nebie, nicknamed Rambo. The others in this group were given 15 years.

Lieutenant-Colonel Mamadou Bamba, who had read the coup leaders' statement on television, was given 10 years, five of them suspended.

Although the would-be putsch was quickly quelled, it had traumatic consequences for Burkina Faso, one of the world's poorest countries with a history of chronic instability.

It dug a deep rift in the armed forces, weakening their ability to cope with mounting jihadist attacks that have now claimed more than 500 lives, analysts say. 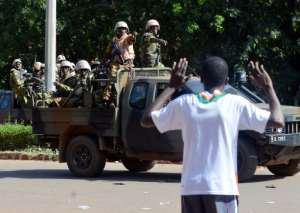 Although the would-be putsch was quickly quelled, it had traumatic consequences for Burkina Faso, one of the world's poorest countries with a history of chronic instability. By ISSOUF SANOGO (AFP)

Many in Burkina have been hoping that the end of the trial will shed light on what happened and usher in reconciliation.

Guy-Herve Kam, a lawyer representing civilian plaintiffs, said the trial had served the purposes of transparency.

"Today, we know who did what and, especially, why."