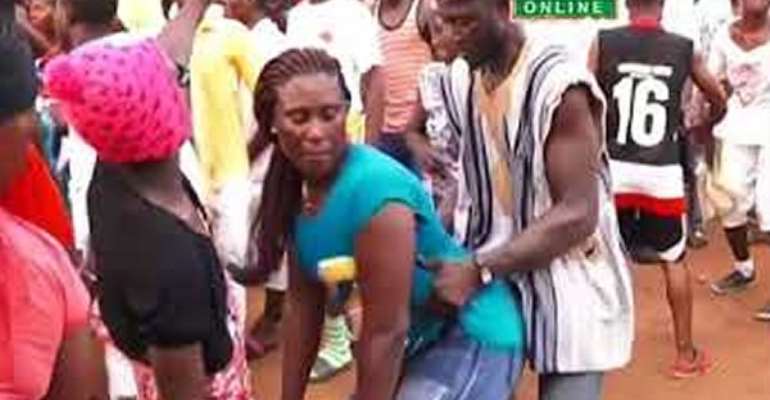 Thousands of patrons from across the country, joined the chiefs and people of Gomoa Fetteh over the weekend to celebrate the Ahobaakese festival.

The festival had an impressive climax with its famous ‘Atopa’ dance, known in local parlance as ‘Akosualontoba’. It is part of the rituals to mark the climax of the festival to remember how their ancestor, Ahor, liberated them from slavery.

The dance which requires men to swing their waist behind women, has made Gomoa Fetteh, a fishing and farming community in the Gomoa East District of the Central region, very popular.

Adom News’ Regional correspondent, Kofi Adjei, reported that the town was choked with revellers happily participating in the Atopa dance.

He noted that churches in the area closed very early to enable their members to celebrate the festival.

Many have criticised the dance as being sexually suggestive but queen mother of Gomoa Fetteh, Nana Abena Owusu said it is an age-old dance.

She explained that the Atopa dance was a way the wives in the community danced to meet their husbands who had returned from war victories in the olden days.