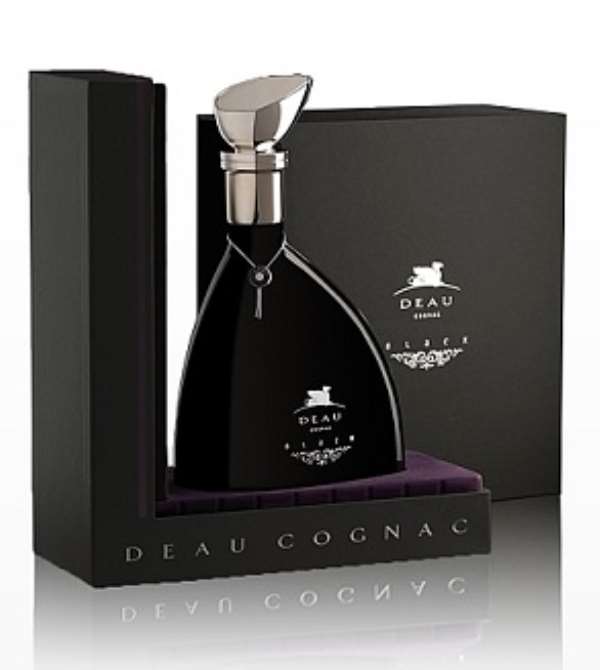 The moment the liquid hits the mark, lips on the balloon rim, the hand having swirled the mellow colouring to life, the throat anticipates. It is tenderising, the gentle burn finding its way down to the belly. Most cultures have their tribute of firewater, or hellfire’s brew, but France’s brandy Cognac, in its various incarnations, applies the blow with soft relentlessness. You are drinking a chronicle of pleasure, a full archive of sensations.

In France, cognac does not sell. The French tend to avoid it the way Italians avoid their variant of international cuisine (short cuts, adjustments, unforgivable compromises), or the Thais the ubiquitous spicy broth that is tom yum. Most of the product finds its way into overseas markets. In 2013, Poitou-Charentes’s tourist board startled with their finding that 97 percent of cognac is exported.

But the market that remains reliable, resolved and entirely dedicated is not necessarily the obvious one for those in liquor’s viscous land. African-Americans, and even more notably the barnstorming, demolition types in hip-hop bristling with aspiration, have been keeping the purveyors and makers of Cognac in barrels and accounts for years. The US market is enormous, the historical Cathay of drawing power and consumption for the region. In the 19th century, drinkers of a certain refinement, if health, could count on cognac to void the frightful liquids that could burn the body’s interior like paint.

Black US soldiers, stationed in France during both world wars, took to the tipple. In 1951, six years after the conclusion of the Second World War, Ebony magazine sported its first spirit ad, from Hennessy no less. As the magazine noted, the “ad is believed to be the start of the loyalty that the American Americans have to the brand today.”

But taste buds had already been oriented and readied for the amber delight. Specific cognac producers such as Hennessy were already finding links in the African-American community in the 1890s. William Jay Schieffelin, Hennessy’s US distributor at the time, caught the eye of Booker T. Washington, subsequently joining the Tuskegee Institute’s Board of Directors. Schieffelin, in turn, promoted Tuskegee with a certain avid enthusiasm, roping in interest from the luminaries of the time: Andrew Carnegie, Thomas Edison, Mark Twain.

Those involved with Hennessy, which now targets the US market as a combine of Moet Hennessy in terms of marketing, have drilled their executives with that particular lore. Key pointers are emphasised at gatherings and promotions, which Noel Hankin, Senior Vice President for Multicultural Marketing for the company, did in 2012: that Schieffelin was probably a relative of Chief Justice John Jay (a resounding advert for Founding Father glow); that he was a board member of the Tuskegee Institute in Alabama, a religious attender of meetings, and chairman from 1932 till his death in 1955; that he organised, in 1928, “a train ride from New York City to Tuskegee and encouraged his friends to witness what this institute was about.” Add Edison, Carnegie and Twain to the passenger list, and stir.

Then came the music symbolists, with cognac as a form of reputational weaponry targeting the aspirants and the failures: “Pass the Courvoisier,” was Busta Rhymes’s refrain, and we all knew what that meant. But such lure made its way to the political scene, when Cognac became marketing gold in the bosom of presidential history. Hennessy, ever keen to ride the crest of black American history, highlighted President Barack Obama’s victory in 2008 with its release of a 2009 limited VS bottle edition commemorating his inauguration. “A total of 180,000 750ml, numbered bottles have been produced and went on sale in Washington DC, Maryland, Metro New York, and Georgia from 12 January,” noted the site Just Drinks.

A percentage of the proceeds found their way to the Thurgood Marshall Scholarship Fund, showing that drinking, at least a certain grade of it, can be good for education. (Puritans in Freedom’s Land, beware). At the very least, the nexus could be exploited via astute marketing, if the words of Mark Connell, president and CEO of Moet Hennessy USA were anything to go by. “Through the launch of the Hennessy 44 Limited Edition Bottle and our continued partnership with the Thurgood Marshall College Fund we further cement our dedication to supporting local communities and cultivating those with great potential.”

Now, the sales are staggering in terms of proportion. The African-American consumer is being celebrated as the unavoidable consumer, with a spending power, so claimed Nielsen in 2018, of $1.2 trillion. “And with African Americans spending $1.2 trillion annually, brands have a lot to lose.” Commentator gush over such influence, a self-celebratory affirmation of Blacks changing tastes and tendencies. “Our premium tastes are just as diverse as we are,” proclaims Chastity Cooper from Cuisine Noir, “and when we put our stamp of approval on something, it won’t be long before the world is agreeing with it.”

Impact Databank claimed in 2017 that 4 million cases of cognac were sold in the United States that year, doubling that from a decade prior. But the portion of that attributable to African-American palettes is anywhere between six out of ten to eight.

These days, the Gallic spirit finds comfort in whiskey: the French eyes are cast westwards to the producers in Brexiting Britain. Cognac makers are becoming dangerously experimental, at least to the purists. All to the good, though a continuing reliance is assured. Tradition may be the vote of the dead, the practice of the ancestors, but it still sells.