Sekondi-Takoradi: 10-Year-Old Boy Murdered And Dumped In A Plantain Farm 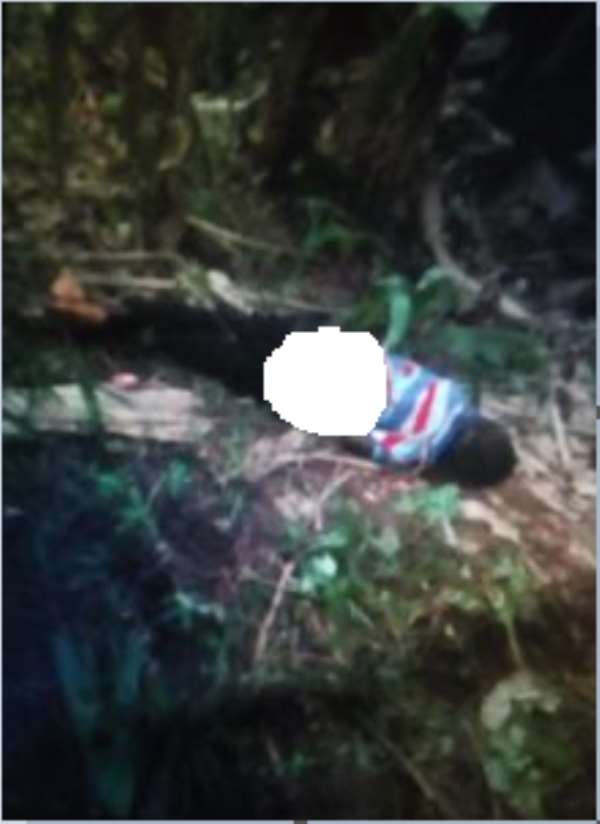 Residents of Adiembra in the Western Region were thrown into a state of shock following the discovery of the dead body of 10 years old boy.

The body of the deceased was found in a plantain farm adjacent western Naval officers Base in the Sekondi-Takoradi Metropolis of the western region on Sunday 1st September 2019.

Speaking in an interview with Press Radio Western Regional Correspondent, Shella Morcher, an eyewitness at the scene disclosed with an unconfirmed report that the deceased was slide in the throat with a knife and injuries on both sides of the ribs with metal by the unknown assailant.

According to the report, the deceased whose name was not given was a native of Adiembra and stays with his grandmother, a kenkey seller.

Meanwhile, information gathered indicates the whereabouts of the deceased child-mother whose name was given as Maame Esi, a mother of four children including the young boy can't be tracked but Adiembra community residents assumed that she may be residing around Sefwi enclave in the western region where she normally visits her children on a routine basis.

The body has been deposited at the Effia-Nkwanta regional mortuary by the police.