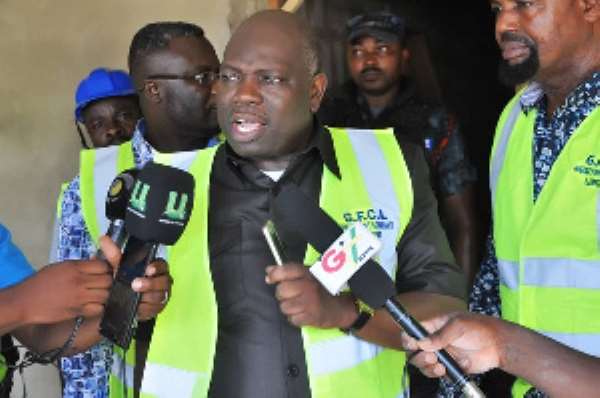 The Ghana First company has denied report that, it was set up to defraud Ghanaians under its Clean Ghana Sanitation Project

The waste management company has awarded hundreds of contracts for the construction of ultra modern toilet facilities across the country.

The company has however come under criticism from its contractors for failing to pay them part of the money for work done.

Explaining issues to section of the media, Mr Frank Akulley, the Chief Executive Officer (CEO)of Ghana First Company denied any wrong doing in its dealings with the contractors.

He disclosed that, the contract signed by the contractors to build the toilet facilities was tankee, which means one had to finish the entire project before getting paid.

He said, considering the hardships that some of the contractors are going through, the company decided to cushion them based on the percentage of work done.

"So we have on humanitarian grounds given them some money to finish the projects and it is not true that, they have been left alone," he said.

On issues regarding receiving two per cent from each contractor before awarding them with the contract, Mr Akulley noted that, it was not illegal.

He said, the board of the company and its legal team were consulted before charging the two per cent, and even with that, only 30 per cent of the contractors paid the money.

Mr Akulley said, it is the priority of the Ghana First company to ensure the successful completion of all the toilet facilities and would continue to support all contractors to complete them.

"It will be in our own interest to see the successful completion of all the projects awarded on contract and we are committed to that," he added.