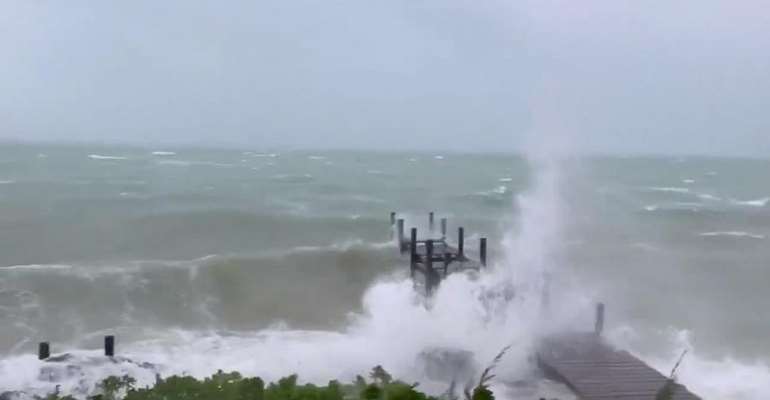 Hurricane Dorian has come down hard on the northern area of Bahamas early Monday as the country grapples with the strongest Atlantic storm ever recorded in Bahamaian history.

The category 5 storm's sustained winds have decreased slightly to 280 kilometres per hour after touching down on Grand Bahama Island early Monday morning.

Normally when hurricanes touch down on land after building up fuel in warm waters, the storm itself begins to break up.

But in the case of the Bahamas archipelago the storm won't be hitting a large land mass such as the Florida coast, so the hurricane is likely to last longer with forecasters saying it would continue on for the day.

Evacuation ahead of Grand Bahama Island
Evacuation has proven difficult as the path of Hurricanes is generally hard to pinpoint exactly, due to its wide “cone of uncertainty”.

Many in Abaco were unable to receive much warning to evacuate, as residents rushed to storm shelters only as the storm was rapidly approaching.

So far one death has been confirmed in Abaco: an eight-year old boy who likely drowned.

Bahamas Prime Minister Hubert Minnis said on Sunday that it was the "worst day of my life" after Dorian touched down on Abaco.

Speaking to the public he added Hurricane Dorian was a storm unlike one ever seen before.

Evacuation orders were issued to the 73,000 residents in Grand Bahama Island to seek safety in Freeport, though many chose to remain.

To those that refused to budge, Minnis said he can only hope "this is not the last time that they would hear my voice."

US-bound
Forecasters say that Dorian is likely to leave Bahamas by Tuesday and head towards the U.S. Southeast coast.

The American states of South Carolina and Georgia area already issuing mandatory evacutaoin orders to those likely to be hard hit by the storm.

The evacuation orders cover some 830,000 people and is due to take effect Monday at noon.

Authorities in Florida have also issued evacuation orders to those in vulnerable areas.