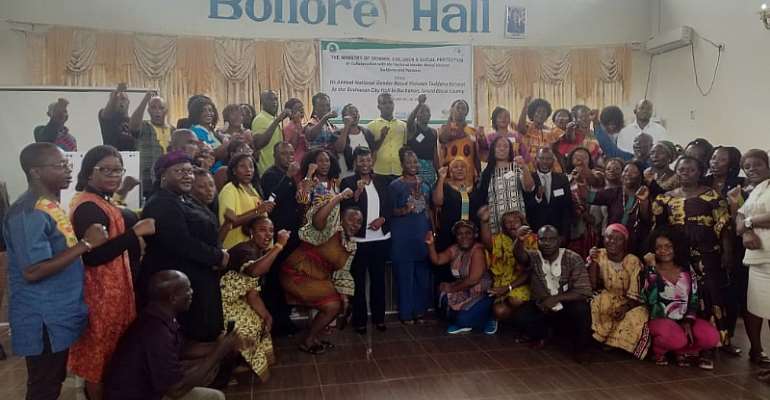 (Monday, September 2, 2019) The Ministry of Gender, Children and Social Protection and Partners have ended a two-day National Gender Based Violence Taskforce Retreat in the Port City of Buchanan, Grand Bassa County. The National GBV Taskforce was established to ensure the effective coordination of Gender Based Violence Intervention and Programming in Liberia. It's a conglomeration of Representatives of Government line Ministries and Agencies, National and Inter-National NGOs, CSOs, CBOs and the United Nations Country Team.

The retreat which was held from August 29-30, 2019 provided a space for stakeholders to critically reflect and review the national GBV coordination mechanisms and programming strategies to strengthen institutions and make recommendation for improved accessibility and quality services for all sexual gender based violence survivors. The stakeholders also reviewed pending and ongoing activities including draft laws and policies, enhancing coordination among Government Ministries spearheading the implementation of the Joint Program/SGBV, the European Union Spotlight Initiative and the Expansion of partnership with key line Ministries and partners for the purpose of achieving expected results. Additionally, SGBV referral pathway was strengthened through clarification of the role of individual Government Ministries.

"Our gathering here is aimed at providing a space for stakeholders to critically reflect and review the national GBV coordination mechanisms and make recommendation for improved accessibility and quality services for all SGBV survivors". Deputy Minister for Gender Alice Johnson Howard reminded stakeholders in her opening statement.

According to statistical trend on GBV in Liberia, from the Ministry of Gender, Children and Social Protection, rape of minors is the most recurrent SGBV crime committed against girls. For the period January –July 2019, a total of 1,508 cases were reported; of that total, 1,105 of the cases were children between ages 0- 17 years; of the 1,105 cases which accounts for children, 1,085 were girls; while 20 accounted for boys.

Rape is the most prevalent amongst the reported GBV incidences, especially against girls who are below the age of 18.

Gender believes that Gender Based Violence in Liberia is driven basically by negative culture practices, religious beliefs, perceptions and attitudes. Harmful Traditional Practice severely affects the rights of a child and further

deprives them from attaining other aspirations like education, health, basic social services and

living a violence free life.
In brief remarks, Gender Minister Williametta E. Saydee-Tarr emphasized the need for all partners to collectively work in strengthening access to information and justice for survivors, collecting accurate data of survivors/victims and massive awareness on preventive measures in curbing gender based violence cases.