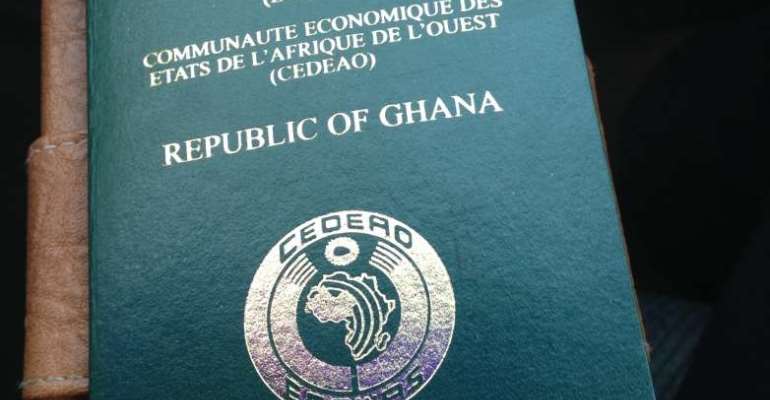 The Minister for Foreign Affairs and Regional Integration, Shirley Ayorkor Botchway, has revealed that the government is working towards a reduction of the cost of acquiring passports.

This follows a directive from the President, according to the Minister, who was speaking at the opening of the Passport Application Center in Tokyo, Japan.

This development is a shift from the previous indications from the Ministry.

“His Excellency the President has tasked us to review the cost of Ghanaian passports downwards. We are in the process of doing this… It needs to go to Parliament because the House approves fees and charges.”

“We are processing it and then we will at some stage take it to Parliament and we are hoping that Parliament will approve the reduction of passport fees…because we know that acquiring a passport should not be a difficult process for you.”

In May 2019, the Minister said the government was eying an increase in the fees for acquiring a passport .

Shirley Ayorkor Botchway said the government could not continue to provide passports at a loss.

“This is a service that the government does not intend to make any profit on. However, it will be wrong for us to continue to subsidise the fees for acquiring a passport. We are in the middle of negotiations of some sort to see how much more we could charge to break even and never to make a profit. We are making losses so there is the need for Ghanaians to pay a more realistic price for the passport but no decision has been taken yet.”

Currently acquiring a passport costs GHc50 and GHc100 for standard and the premium services respectively.

Ghana is said to be one of the African Countries with the heavily subsidised costs for processing passports.

The passport regime has seen a few significant reforms so far in 2019.

The Ministry has secured office spaces from the Regional Coordinating Councils in the Upper East, Upper West and Central Regions for the establishment of Passport Application Centers in the respective regional capitals.

She said Tema and Koforidua process about 200 applications per day.

The government also plans to introduce a 48-page passport to cater to the need of Ghanaians who travel frequently.