Nigeria: Arriving Golgotha What Next? 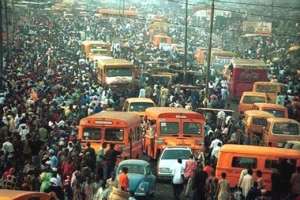 I was just ruminating over the state of affairs in my country Nigeria in these very trying times and considering the options available to us as citizens and a nation. The only easy thought that ran through my mind has remained that man MUST heal himself. The nation must heal itself as no other nation, no other leader will manifest from any other country to heal us from these multiple diseases we inflicted on ourselves. We may give it any name, but the international rebuttal of anything Nigeria is our own making.

I write as a concerned citizen because we all have a stake in this country Nigeria and nobody has a higher stake, be you the an elected member of any of the National, State Assemblies, Governor and even the president. It must be understood that it was first the benevolence of the people that got you to the office and that your action ought to reflect that simple posturing.

We are in deep sh**t and I have lost words to describe our circumstance. The question is no longer how, why or when did we allow things to get to this seemingly irredeemable situation? It is about how to get out very fast!

Before 1999, for those of us who do not know, (our suffering has been for so long that certain age bracket now cannot believe that this corrupt system was not in us. They did not taste the beautiful side of Nigeria!) When a reporter asked people of age 30-45 in a street interview who Azikiwe, Awolowo, Gowon and Obasanjo was, most of them got all four wrong! Things have gotten this bad because there is no sense of history any more.

Dumb founding examples of corruption in high places abound, but a recent example is sufficient. Currently, the Lagos Metro line is a case in point. The Rail line which was started by former Governor Raji Fashola in 2009 at an estimate of $1.5Billion for a twenty seven kilometer rail from Okokomaiko to CMS Lagos,(over Five Hundred Billion Naira) ten years on, it is nowhere near completion. In far away Ethiopia, a contract for seven hundred and fifty-nine kilometer is not only $4.5million Dollars in value, but has been completed within five years despite being started two years after the take off of the Lagos project by the same Chinese company! How come that a twenty seven Kilometer light rain is more expensive than a SEVEN HUNDRED AND FIFTY NINE KILOMETER FULL GUAGE RAIL by more than fifty times the cost in Dollars? Yet, upon proper verification, the actual price was only ONE HUNDRED AND EIGHTY ONE MILLION DOLLARS! Where did the difference go to? This is the unanswered question which Chief Babatunde Gbadamosi of Lagos asked on WAZOBIA MAXTV! Who has been held? Were there no due process office? Who approved what and why is the contract yet to be completed TEN YEARS on?

We had what seemed like corruption in Nigeria in the 70’s and early 80’s but the genesis of today’s circumstance stared around 1985/7, when Advanced fee fraud (419) and sales of illicit but hard drugs such as Cocaine and Heroin were on the rise. Unattended, it has come full circle. Government under Retired General Muhammadu Buhari promulgated a decree in 1983 causing the execution of drug dealers upon conviction. Two Nigerians were executed in its wake. It was thought to be a deterrent. That government was toppled by another military regime led by General Ibrahim Babangida. The government was a more liberal one, but the twin brothers advanced fee fraud popularly known as 419 and drug dealing had taken the centre stage and this brought Gullible Americans, Asians, Europeans, Africans etc who fell for the game to make Nigeria the transit joint first, before she became a consuming nation. Many peddlers and backers died in the trail having being unable to receive their expected financial windfall. On the Nigerian side, young men who took part in the fraud with marginal success were increasing their net worth and were brandishing riches accumulation without work! The unchecked youths involved in the interplay then were mainly 25-35 of age in 1985. These same people are now sixty and above.

Success in their ‘escapade’ businesses led most to early marriages and child bearing and most of the products of those marriages and single parenthood never learnt the rudiments of livelyhood because their parents were coming from the background of “poverty” and resolved that ‘my Pikin nor go suffer like me’(my child would not suffer as I did). Most of the kids did not go to public schools. Their parents could afford not only to pay high and unnecessary fees, but also to have the kid’s chuffer driven to and from school from the tender age in nursery, to primary and secondary schools. By the time they became undergraduates, they became full grown incompetent adult unable to cook, read, write, think positive but proud of “my daddy gives me N300,000.00 monthly stipend! What is such a child looking for in National Youth Service Corp (NYSC) and employment?

Most of the children born in 1985 is a 34 years old full grown university graduate (without parental control) with corrupt backgrounds who passed through examination fraud and are now in position of trust in the polity! These in their numbers form the group of unfortunate Nigerians who never knew that this country was once a decent nation – the envy of all countries of the world! A country whose currency was spent overseas in exchange with major currencies! A country whose citizens travelled visa free to almost all countries of the world; a country whose currency exchanged at $1 to N0:50k until September 29, 1986 but now N360.00 to the Dollar!!

The easy life style from the days of 419 and drug money went unchecked and it produced undisciplined parents who thought that everything can be denominated with cash. A child in the Nursery school had to have food pack in it was all manner of beverages, snacks and what have you including a bribe money of N5 to buy the child anything by the minders. Once the kid were the primary and secondary schools, their cash gift and every benefit were upgraded not minding that they were not doing well in school. The parents got too busy to take stuck but left the job for the lesson teacher at extra cost. When they failed the common entrance to the higher schools, money was there to act as catalyst and cause automatic promotion! As under graduate, they qualify for their own cars and private rooms in private hostels with exquisite room decorations that make their lecturers beg for fuel money! Now out of school twenty one years after, the child can hardly write an application letter for any job! The rest you already know.

Used to easy money, the child can no longer accept N50,000.00 as monthly salary because they have been on the payroll of their parents!

Golgotha was the place Christ was finally crucified. Arriving there took a process and it was torturous indeed. But all through the process, Christ kept reminding His followers of the expected result from the beginning. It was at the point Christ was nailed, but alas it became the turning point! The same way, no leader in Nigeria past or present will accept that they did not get the warnings of where their choice would lead us to. They only chose to be blind, deaf and dumb. Golgotha is here! Most of the children who have no school results are the ones determining our future at the National Assembly. Some of them are the Governors, ministers, major contractors and what have you. The garbage bin is full and overflowing with stench! What are we making of the bad situation?

Christ died and was buried at Golgotha; it was thought to be the end. But NO! It was the beginning of a new dawn. There is hope for a tree of it is cut down but not uprooted. At the scent of water it will sprout again with new and fresh leaves! Will this be case of our leadership of today’s sour and bitter truth and reality? Will it be the turning point to our greatness?

Yes, things with Nigeria and Nigerians are at the lowest ebb among the committee of nations, but we are not out! Nigerians are still the most educated immigrants in the United States of America; A Nigerian is still the only Cardiologist and Nephrologist (heart and Kidney Specialist) on earth. A Nigerian Dr. Oluyinka Olutoye is the Surgeon in Chief at a US hospital.Dr. Adesina is still ruling the world in agriculture; Emegwali’s record is yet to be broken in the ICT world. We have excelled at the World Bank; my friend Prof. Rotimi Jayiesimi is a proud Nigerian and a product of University of Ibadan making waves in the United Kingdom and UAE! These are but a few outstanding Nigerians each of which in financial terms has income that dwarfs the entire fund stolen by the seventy seven fraudsters! The other day, Apple bought the right of a Nigerians App for One Billion Dollar, amount bigger that all the fraudulent 77 put together now and in future can ever make!

If America and nineteen other countries constitute the 79% of the world most criminal nations and Nigeria is but only about 0.05% how come our involvement is blown out of proportion? Where are their co-conspirators? Where they exporting Hard Drugs and selling to themselves? Where are inside bankers who are usually accomplice?

President Paul Kagame of Rwanda has proved that the youths are the life blood of any nation. In his cabinet, only one minister is above sixty years of age, all others are between twenty five and fifty. Any wonder why Rwanda is working and a focal point?

I am tired of blame game. What we lack in Nigeria is leadership with examples of those who can truly sacrifice for Nigeria. But what do we have? Contradictions in appointments as a matter of do what I say NOT what I do. Give this country leadership with direction and in few months not years, Nigerian hot brains all over the world will, without request assemble themselves and turn this empty land to the envy of all nations again.