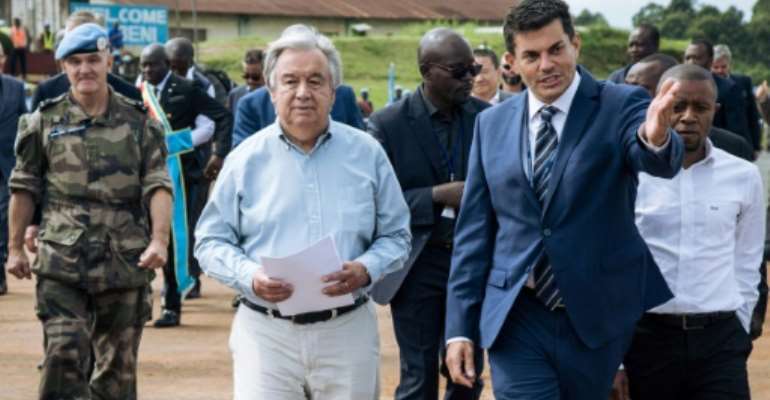 Arriving in Beni in the country's east, the secretary general said the UN peacekeeping mission MONUSCO, the Congolese army and national police "will continue to work together to return peace and security to the region.

"We will do everything to bring an end to the scourge of insecurity in this region," he said.

Also stricken by an Ebola epidemic, the region of Beni has been the setting since 2014 of a deadly conflict that has claimed hundreds of civilian lives.

The inhabitants of Beni sometimes accuse UN soldiers of inaction against the ADF.

"It is important that the population of Beni knows that we have heard their cries of distress," said the UN chief.

Guterres will discuss the insecurity with President Felix Tshisekedi in Kinshasa on Monday.

Later Sunday, he was due to visit an Ebola treatment centre at Mangina near Beni, where the epidemic started a year ago. It has since killed more than 2,000 people.

The UN has one of its biggest peacekeeping missions in the DR Congo, with about 16,000 troops and an annual budget of over $1 billion.

Some 130 militia and armed groups roam the North and South Kivu provinces of DR Congo, a vast country the size of western continental Europe.