Germany apologises for damage during WW2 invasion and occupation of Poland 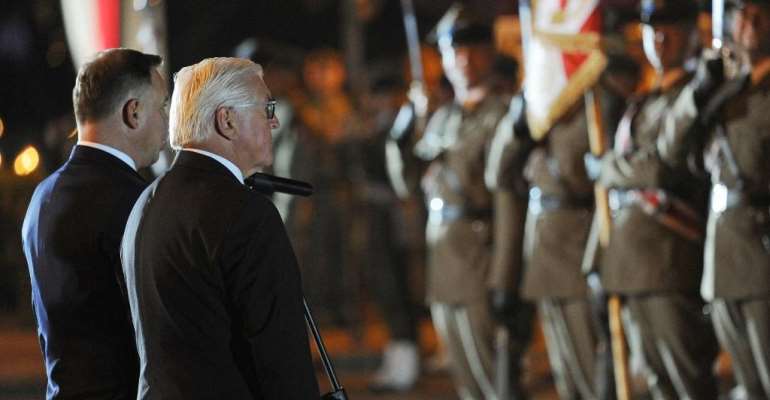 The German invasion of Poland sparked the six years of hostilities that started in 1939.

At a ceremony in the Polish city of Wielun, where the first World War Two bombs fell 80 years ago, Steinmeier addressed residents in German and in Polish alongisde the Polish president Andrzej Duda.

Nearly six million Poles died in the 1939-1945 conflict that killed more than 50 million people overall. Half of the six million Jewish people who died in the

Complex
Steinmeier's comments underscore the complexity of Germany's history and political and social response to the atrocities committed by the Nazi regime.

He added: "It is the Germans who committed a crime against humanity in Poland. Anyone who claims it is over, that the national-socialists' reign of terror over Europe is a marginal event in German history judges that for himself."

The line appeared to be a reference to the current German far-right, whose co-leader Alexander Gauland of the AfD once called the 12-year Third Reich a "speck of bird poop" in an otherwise glorious German past.

Duda hailed the moment saying, "This ceremony will go down in the history of Polish-German friendship."

Fighting on the sea and in the fields
The Polish Prime Minister, Mateusz Morawiecki, and Frans Timmermans, the European Commission Vice-President, attended a separate dawn remembrance on Sunday in Westerplatte, where a German battleship opened fire on a Polish fort on 1 September, 1939.

The attacks ordered on Poland led Britain and France to declare war on Nazi Germany. On 17 September, the Soviet Union in turn invaded Poland.

US Vice-President, Mike Pence, is scheduled to attend a ceremony in Warsaw's Pilsudski Square, the site of the Tomb of the Unknown Soldier, with Steinmeier and Duda.

German Chancellor Angela Merkel will attend the Warsaw ceremony but no other major world leaders are expected.

Notable absences are Britain's Boris Johnson, and the US president Donald Trump, as well as the French President Emmanuel Macron.

Unlike Ukrainian President Volodymyr Zelensky, Russia's president Vladimir Putin was not invited because of Moscow's 2014 annexation of Crimea from Ukraine.