The Gulf’s interest in the Horn of Africa: Influence and Economic Ties 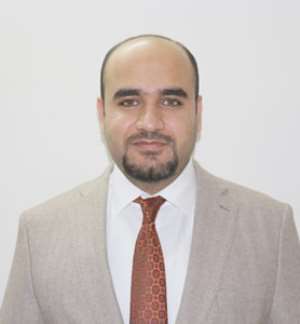 Investing their capital overseas is one of the most important features of Gulf business. Some Gulf countries (such as Saudi Arabia, UAE, Qatar and Oman) have been working, for some time now, on maximizing their returns in emerging foreign markets, (Gas, energy, exploration and drilling), as well as from other sources including real estate companies, shipping companies and industrial establishments, and other such investments that benefit the economies of these countries. The Gulf countries sometimes operate projects outside their borders by signing investment deals with these countries for project management and operations, development of infrastructure, and training of local staff in return for agreed profit rates as part of the contracts or economic agreements between them. All this enhances the Gulf States’ increasing economic, security and diplomatic influence in Africa.

Following a ten-year period of relative political stability in the Gulf region, some Gulf countries began turning their attention towards the African continent to establish or manage economic projects as part of a resurgent foreign economic policy on the one hand, and the formulation of foreign, economic and diplomatic ties on the other hand. It also involved working jointly with the countries benefiting from the investment to create an environment that provides jobs and create an economic market away from oil to maximize revenues, diversify the economic environment and invest surplus profits in development projects, and last but not least, to perpetuate Gulf influence in Africa.

Why is the Horn of Africa so important to the Gulf?

When talking about any type of investment project, invariably there must be an appropriate economic environment, and the most important aspect of this environment is political stability and security. Those who follow African affairs find that the majority of countries of this continent are not stable, but what drives the Gulf States towards it is the geopolitical influence they gain from that the Gulf’s interest in the Horn of Africa: influence and economic ties continent, where they can control the emerging market and enter into economic agreements with other countries with common interests on the continent itself; for example: economic twinning between most of the GCC countries and China. “The synergy created by China’s economic dominance and the increasing interest shown by the Gulf states towards the East is a powerful force that will influence emerging market investment patterns, as well as the financing of development and post conflict reconstruction practices and ideas on proper market management in the Middle East” . It is also part of the Gulf states’ thinking that they need to focus more on this continent because it has become the right place in terms of geographical location for some of the countries there and the labour force on the one hand, and better relations, and the expansion of the regional influence of the Gulf States in the Middle East, and investing their political and economic resources alongside China in the event the United States withdraws from it, on the other hand.

The Gulf states are seeking to create new economic and political visions and realities on the continent through the injection of cash by means of which they seek to unify the economic institutions and governments in the Middle East and to try to create common understandings between them and China on this continent and to compete for the markets there because of their strong belief about the potential for economic growth, and directing the state’s resources towards achieving the desired political and economic goals. The vast amounts of capital invested by the Gulf and China thought their state controlled financial institutions will in all likelihood create new patterns of bargaining and political relations in the common areas with strategic interest in the near future.

The Gulf states have recently been displaying their regional and international credentials as mediators in the African conflicts, whilst taking advantage of the economic opportunities on offer and protecting their security interests. However, this increasing interest towards Africa by the Gulf could lead to serious competition for control of the economic projects there by creating opportunities for attracting investors from around the world. Notwithstanding, three main factors have led the GCC countries to resort to Africa: “the first is that this has helped the Gulf States build economic ties with Africa and consequently to take advantage of its geostrategic location; the second is that this has increased their food security, and the third is that it has enhanced their reputation as a vital and friendly Muslimnation” , and the expansion of their economic influence in Africa has provided the Gulf Cooperation Council (GCC) with vital financial resources to enhance their security and diplomatic goals.

The Gulf countries have sought to strengthen their presence in Africa by developing their economic diversification strategies and reducing dependence on oil by investing in African markets, which became even more important when oil prices plummeted in 2014. “In 2016, the UAE invested an estimated $11 billion of capital in Africa and is seeking to develop its energy industries. Saudi Arabia recently announced a $10 billion investment in South Africa in the energy sector, while Qatar also signed a $4 billion deal to manage a Red Sea port with Sudan in February 2018”.

The strategic geographic location of the Gulf is also a reason to make Africa the centre of its economic activity by focusing on infrastructure development and trade with this continent. “The UAE has benefited from the outstanding commercial shipping infrastructure and ports to connect to this potential to become the largest Gulf trader with Africa. The Gulf imported almost $5 billion worth of goods from Africa in each year from 2010 to 2015, before increasing its imports significantly to $23.9 billion in 2016” .

Saudi Arabia has also sought to achieve its food security on that continent, making it the largest investor in agricultural land there. A new strategy for food security has been launched there, and because of the rich soil of some of the African countries and the arable land. The shortage of water within Saudi Arabia “has made it think about overcoming the agricultural problem by investing there. It bought 500,000 hectares of land in Tanzania in 2009,” to make it the kingdom’s food basket.5

The Gulf’s interest in the Horn of Africa: influence and economic ties

Qatar is another Gulf state that has been close to what is happening in Africa. Out of all its neighbouring countries, Qatar is the Gulf’s most dependent state on imported food. As soon as the Gulf crisis erupted in 2017 between the GCC and Qatar, the new political reality imposed a “new urgency on the Qatari government to compensate. In 2018, the Qatari government announced plans to invest half a billion dollars in the agricultural and food sectors in Sudan. ” However, some African countries have had to resort to leasing their land for agricultural purposes and reserving part of the crop to meet the needs of the local population.

Oman has also set its sights on Africa. Oman signed a Memorandum of Understanding (MoU) between “the State General Reserve Fund of Oman (SGRF) and the Djibouti Ports and Free Zones Authority to explore the investment windows in Djibouti alongside establishing a strategic partnership between the two institutions. ” The Executive Chairman of the Sultanate’s State General Reserve Fund, Abdul Salam bin Mohammed al-Morshedi, indicated that the agreement will allow the two sides to cooperate in the development of ports and to invest in them; and to operate and manage the ports as well as to other major logistics facilities. Agreement was reached on developing the port of Doraleh, one of the most important ports in Djibouti on the Red Sea. This has intensified the competition between the Gulf countries in this region, specifically over who wields the greatest geopolitical influence and also resulted in the drawing up of a new strategy for investment in this Red Sea spot located on Bab al-Mandab, which meets the Indian Ocean to the south. The UAE heads the list of Gulf countries having invested for more than 10 Years in the Doraleh container terminal; that is until the area controlled by it became a military barracks as part of the Saudi alliance in the war against Yemen. However, the Sultanate of Oman’s entry as a regional investor compelled Djibouti to revoke its investment contract with the UAE by “stripping the Dubai Ports Company of its privileges in accordance with a law passed by the Parliament in February 2017 which granted the Government the right to terminate the contract because of the conflict with the fundamental interests of the State.”

The war on Yemen has increased the security interests of Saudi Arabia and the United Arab Emirates in East Africa, who together have become heaviest investors of all the Gulf states on the continent. The Gulf states often offer economic incentives in return for gains and in order to achieve their objectives. The Gulf states have deployed the most potent tools at their disposal, namely economic and political influence, to convince African countries to downgrade their ties, or dealings with Iran, and thus succeeded in containing the Iranian presence in that region. However, the recent Gulf crisis of 2017 between the GCC countries exposed the limited influence they have on this continent and were unable to take the loyalty of most of the African countries for granted. This had a “wobble effect” on this continent, as well exposing the lack of uniformity in the Gulf’s attitude towards it.

The Gulf’s interest in the Horn of Africa: influence and economic ties. The interest in this continent in recent years has been driven by the pressure from the Gulf countries (Saudi-UAE) within the Gulf Cooperation Council to enter the emerging market in this continent, in the first instance; to reduce Iran’s influence in the region, in the second instance, this is despite the investment opportunities on offer and the significant economic support by Saudi Arabia for most of the continent’s countries; as well as curtailing Qatari investments in agriculture, industry, port operation and counterterrorism, in the third instance.

This rivalry by the Gulf states on this continent carries risks for the more vulnerable African countries and forces them to choose one of several Gulf axis and to side with one against the other in the current conflict between the various GCC countries. Saudi Arabia and the UAE carry sufficient economic clout to support the separatist movements in this continent and to inflame the situation is in their favour.

The drive towards the African continent will continue as long as the common interests of the Gulf states and their allies such as China continue to merge and expand. These interests will be economic and security orientated in order to create opportunities for cooperation and to resolve disputes between the parties to the conflicts in Africa, which will in turn create multiple opportunities for the Gulf states to intervene as influential actors on the political and economic landscape, and provide substantial economic incentives to ensure the strengthening of their influence on this continent.

[7] Oman enters the ports war .. Will it fill the UAE vacuum in the Horn of Africa? https://www.noonpost.com/content/27133

[8] Port warfare .. How did the UAE transform the Horn of Africa from economics to militarization? https://www.noonpost.com/content/27024 .

Researcher at al-Bayan Centre for Planning and Studies, Baghdad, Iraq

Hottest Photo Reports
Catch up with all the political quotes from our politicians.
Advertise here
More Article
ModernGhana Links
2023: Fear Grips Political Parties over N10 Million Fine
Land reform in South Africa: what the real debate should be about
Blasphemy in Nigeria's legal systems: an explainer
Big infrastructure projects on the continent should work for everyone
Renewed push for use of Kiswahili by AU and UNESCO
How To Prevent Academic Procrastination In Today's Technology Age!
ASUU Strike: Education is Becoming a Mere Side Hustle
Kenya's fuel crisis: how the country's subsidy system works
John Boadu admits his administrative deficiencies
TOP STORIES