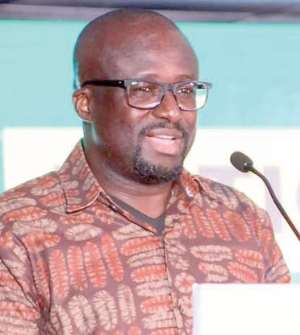 It's unclear at this stage the real reason for the resignation although the Daily Statesman reports that the NYA CEO has been forced to resign over alleged procurement breaches.

A publication by the portal Saturday morning reads, “The Daily Statesman can confirm that the Chief of Staff, Akosua Frema Osei-Opare, has directed the chief executive officer of the National Youth Authority (NYA), Emmanuel Sin-nyet Asigri, to resign.

This follows a petition brought to the attention of Chief of Staff regarding a questionable procurement procedure which the Public Procurement Authority (PPA) has been called in to investigate.