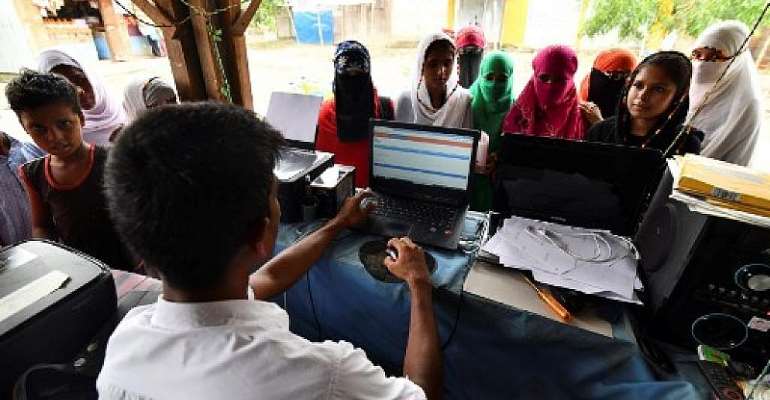 Nearly two million people have been made stateless in the north-eastern Indian state of Assam because they have fallen foul of a citizenship list that says only those who can prove they or their ancestors were born in India before 1971 are eligible for Indian nationality.

Just over 31 million people in Assam were included in a National Register of Citizens (NRC), but 1.9 million were deemed ineligible, according to an official statement.

During the 150 years of British colonial rule and afterwards in mainly Muslim Bangladesh's 1971 war of independence from Pakistan, this part of India wtinessed significant population influxes.

Judged by census
For decades Assam, on whose southern border lies Bangladesh, has also been prey to inter-religious as well as ethnic tensions and sporadic violence.

An extra 20,000 extra security personnel were brought into the state when the NRC was made public. Gatherings were banned in some locations although no trouble was reported.

While local politicians lament that the number of those excluded are lower than expected, NGOs say that the process overall has been riddled with inconsistencies and errors, suggesting that too many people have been omitted from the NRC erroneously.

What to do?
Those left off the NRC have 120 days to appeal at special Foreigners Tribunals.

The government says it will set up more of them to cope with the number of appeals.

The Hindu newspaper cites a Press Trust of India report in which the Assam Parliamentary Affairs Minister, Chandra Mohan Patowary, who was excluded from the NRC list, expressed confidence in the results.

“One thing is sure that many genuine Indians were left out of the NRC. However, they don't need to panic and worry. They can appeal in the Foreigners Tribunals,” Patowary said.

However NGOs allege that tribunal members are often underqualified and that they have to meet performance targets.

Those rejected by the tribunals who have exhausted all other legal avenues can be declared foreigners and in theory placed in one of six detention centres.

More are being constructed. One with space for 3,000 is being built in Goalpara, west of Assam's biggest city Guwahati.

The camps hold 1,135 people, according to the state government.

Once placed in a camp, people could be deported. Bangladesh has not yet agreed to cooperate.

The vast majority of people who would be made stateless would be Muslim. However the Gorkha - the India-Nepali community in the state - say that about 100,000 of their number have been excluded. They are Hindi speakers.

In January 2019, ahead of the general elections in the summer, India's lower house passed legislation that would grant citizenship to people who moved to India six years ago, as long as they are not Muslims.

India's Home Minister, Amit Shah, has called for those he described as "termites" to be ejected.

He also said before the party's re-election win in May that it would run a countrywide campaign to send back the infiltrators.