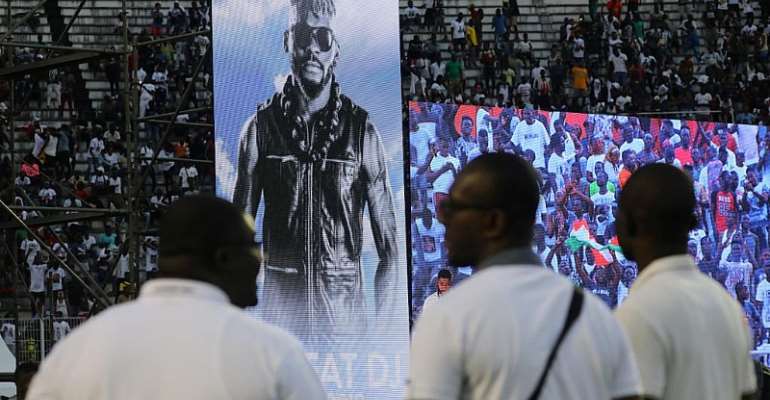 Fans of the singer DJ Arafat opened his tomb and his coffin after his private funeral on Saturday morning. The Ivorian star was killed following a motorbike accident in Abidjian on 12 August.

A video going around on social networks shows a crowd of youngsters who'd opened his grave and coffin and took photos of DJ Arafat's corpse. One fan told a reporter for Agence France Presse outside the Williamsville Cemetery in Adjamé that "we wanted to see our idol's body before they covered the grave!"

The police dispersed the crowd with tear gas and witnesses say several people were injured. Security forces had stepped in earlier outside the cemetery because fans who'd gathered there were angry that they were barred from the family ceremony.

A huge star
Popular across West Africa and overseas, the dance music, décalé-coupé performer was given an exceptional all-night musical send-off overnight from Friday to Saturday.

Thousands were able to attend the government's promised tribute to 33 year-old whose real name was Ange Didier Houon, at Abidjian's Félix Houphouët-Boigny stadium, the venue with the largest capacity in Côte d'ivoire.