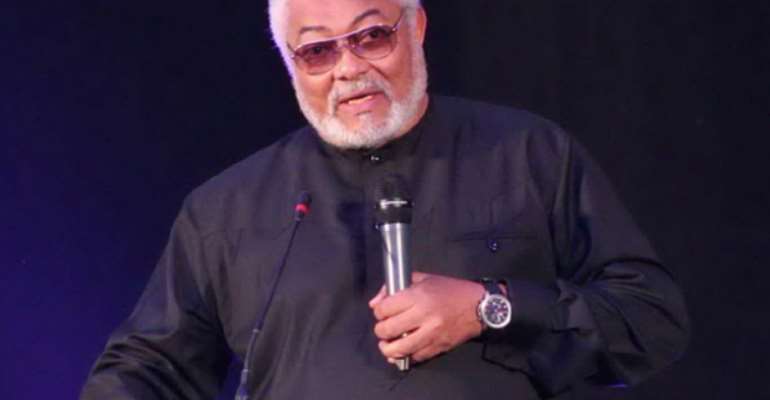 Ex-President Jerry John Rawlings has rubbished reports that he has become mute over issues of alleged acts of corruption by appointees of the Akufo-Addo government because of government support for his charity works.

A statement issued by Kobina Andoh Amoakwa, Secretary to the former President, described as 'absurd' reports that “former President has remained silent on the many ills in the Ghanaian society.”

According to the statement, Mr. Rawlings, through his numerous charitable works, has received support from all governments except that of former President John Agyekum Kufuor and, therefore, described the report as unfortunate and distasteful.

“It will interest you to know that the former President's charitable gestures, which are well documented, have received the support of past government Chiefs of Staff with the exception of President Kufuor's,” it said.

The statement was reacting to a news story by Daily Herald under the headline: “Rawlings Confirms Receiving Goodies From Presidency”.

“By virtue of his political nature and what he stands for as well as being the most accessible former President, he is literally inundated with requests for help. It will be blind of most governments to be unaware of the burden of these requests,” the statement added.

The statement expressed disappointment that a statement issued by the office of Mr. Rawlings on a presentation made to a former National Democratic Congress Member of Parliament could be misinterpreted in such a manner.

“To conjecture that any form of support has the potential to influence the former President's thought process is absurd. Former President Rawlings often speaks his mind and it is inappropriate, incorrect and inaccurate to make such unfounded conclusions from a statement released from our office on a presentation made to a former National Democratic Congress Member of Parliament who has dedicated most of her life to the good of her society,” it added.