The Spate Of Crime In Ghana Is Very Disturbing 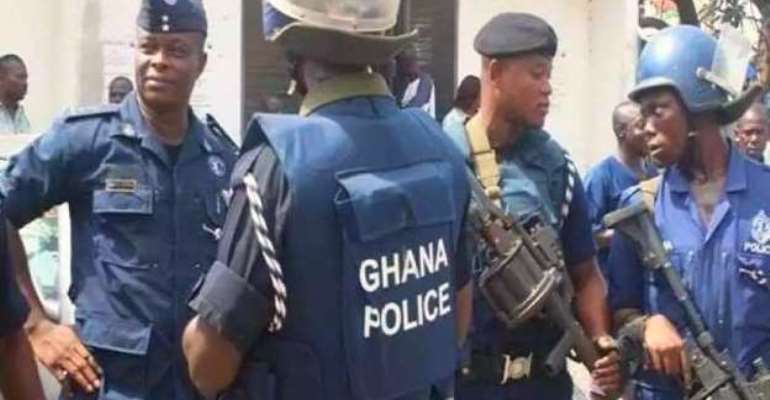 Many Ghanaians feel insecure due to the sudden increase in crime in the country. Even though the police force many times apprehend the culprits, most widespread cases are unlikely to have quick answers because the chances of identifying the criminals are very low.

Armed robbery, kidnappings, and murders taking place in Ghana are not only making headlines but continue to affect the sensibilities of Ghanaians. The crime wave in the nation's capital and other regions are actually affecting the peaceful lives of many Ghanaians.

According to statistics from the Ghana Police Service, incidents of robbery cases recorded at the end of 2017 were 1,772 as compared to 1,397 in 2016. This figure represents a 27% increase. The situation did not improve in 2018 as robbery cases alone hit 968 in the first quarter of the year.

Worried Security Analyst, Kwesi Aning, once said, “We have become a tolerant society when it is related to violence, it has become showmanship when the violent actually does happen.”

“I am not surprised at all, this is going to rise dramatically before we get a handle on it. Our language itself glorifies violence, and right now the threat of harming somebody. The kind of sheer indiscipline that glorifies violence in the public space doesn’t exhibit surprise,” he said.

The senseless killing of the two policemen on duty in a shooting incident which occurred on Wednesday afternoon, by some unknown assailants around Buduburam, near Kasoa in the Central Region is a case which the Ghanaian government must seriously take into consideration to increase security in the country.

Ghana considered a peaceful country in West Africa, has attracted notorious foreign nationals from neighboring countries, that often recruit some Ghanaian nationals interested in robbery to go on a robbery spree.

The arrest of Eric Kojo Duah, the prime suspect in the shooting of the policemen is a breakthrough which will enhance investigation to arrest his accomplice. Well done, Ghana police force.